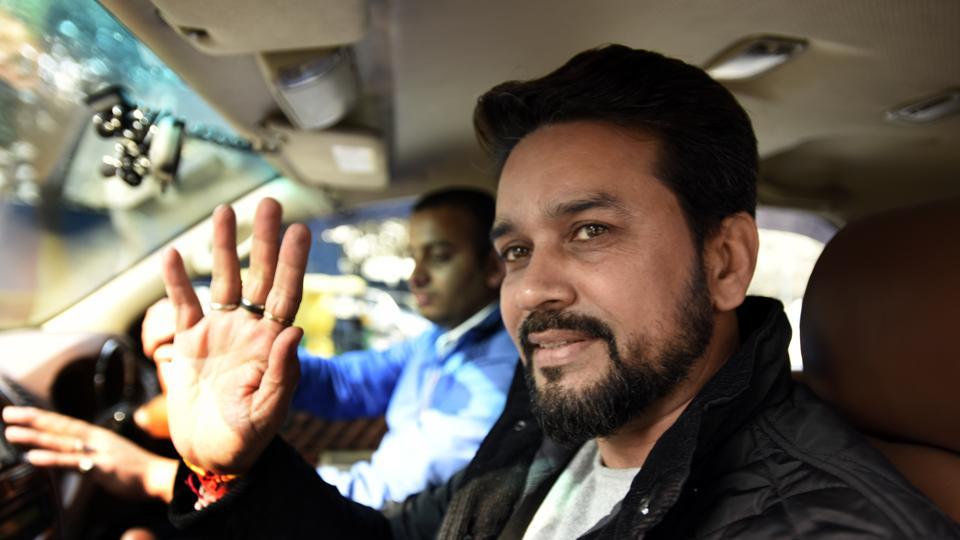 Three-time Lok Sabha member Anurag Thakur, who contested from his traditional Hamirpur seat, was leading by 9,500 votes over Congress’ Ram Lal Thakur as votes were being counted in the Lok Sabha election on Thursday.

Anurag Thakur paid his obeisance in a temple in Awadevi close to his village Samirpur in Hamirpur district before visiting the counting centre.

Hamirpur has been a stronghold of the BJP for more than two decades. The BJP has not lost a single election from Hamirpur since 1998. However, the loss of the party’s chief ministerial candidate Prem Kumar Dhumal in the 2017 assembly polls reflects the strong anti-incumbency against the BJP in its citadel.

The elder son of former chief minister Prem Kumar Dhumal, Anurag carries the image of a high-flier and has been able to keep the BJP’s vote bank intact. Ram Lal Thakur, the senior Congress leader who has been a five-term legislator and three-time former minister.