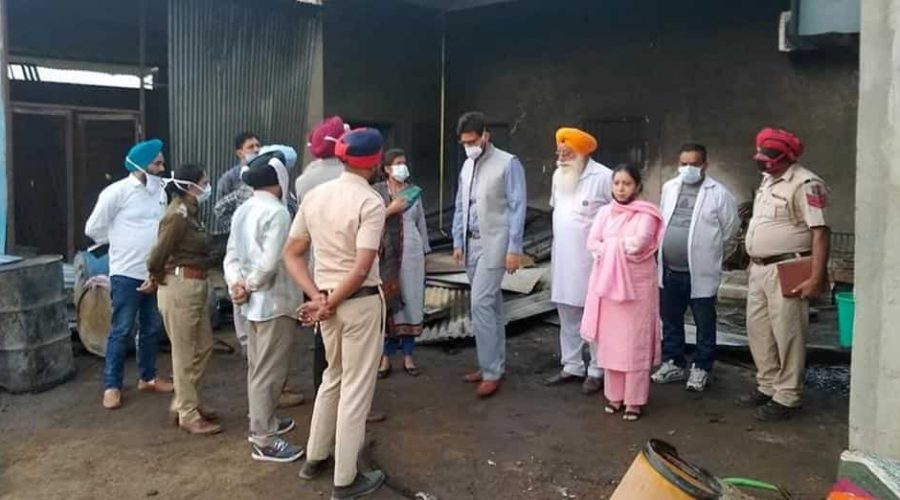 The recent blast in which four men were killed while stealing fuel from an oil tanker at Sirsini village, Lalru, on the Ambala-Chandigarh highway was a tragedy waiting to happen, say representatives of oil companies, alleging that their complaints to the state government earlier about thefts had fallen on deaf ears.

“We have taken up the matter with the state government and sometimes the dhabas have been raided and the thefts stop. But then it starts all over again soon,” says Sujoy Choudhury, executive director, Indian Oil Corporation Limited.

Many companies are relying on technology. “A vehicle tracking system is installed in our tankers and we check where the vehicle has been diverted. We have also introduced electromagnetic locks for the tankers which open at the final destination with a one time password (OTP),” says a senior officer of Bharat Petroleum Corporation Limited on condition of anonymity.

He says oil pilferage is a serious matter and the company will contact the state government again.

Shalabh Raj Gupta, divisional manager, Hindustan Petroleum Corporation Limited, too, says they will take up the matter with the government.

Meanwhile, Kuldeep Bawa, subdivisional magistrate probing the blast, has found that the usual practice is to steal about 100 litres of oil from one tanker, which can hold up to 1 lakh litres of liquid. This is then sold at rates cheaper by Rs 5 to Rs 7 than current rates.

The stolen fuel is stored in drums of five litres each.

Four persons, including Sandeep Kumar, Jaswinder Singh, 35, owner of Rama Punjabi dhaba, and his relatives, Babloo, 20, and Vikram Kumar were killed in the blast last Friday.