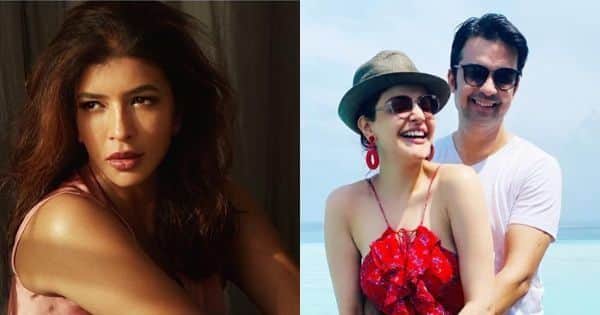 Lakshmi Manchu’s show Coming Back to Life – With Lakshmi Manchu premiered on November 15 on Rana Daggubati’s YouTube channel, South Bay. The producer-actress-talk show host has made the show keeping in mind the effect the pandemic has on on people. While the first episode was about Taapsee Pannu and Sendhil Ramamurthy, people are keen to see SS Rajamouli and Frank Coraci together. The director has made all the famous Adam Sandler movies. In an exclusive chat with BollywoodLife, she spoke about the show, her guests and a lot more. Here are excerpts from an interview…

What is the show all about?
It is self-explanatory. It is about coming back to life from something unprecedented that took over for quite some time. It is like what to do after a pandemic. I have put together people from same walks of life. The concept of the show is how to look ahead in life.

How did you manage to get Frank Coraci and SS Rajamouli on the same platform? It is a huge thing…

They are my friends, they had no choice but to agree (laughs out loud). I have worked in a movie with Sendhil. Frank is a dear friend. In fact, I first got an yes from Frank and later went to Rajamouli Garu. I have done a few shows with Rajamouli in the past. I told him that an international director was ready to do it. I wanted to show that there was a real effort in place (laughs). He tested positive for COVID-19, the day we were to shoot. Now, Frank and he are in different time zones, so I was wondered if the two would be in a good mood. We shot for the episode on day 14 of Rajamouli Garu’s recovery. I did put him in a spot to make it more exciting. I have been very frank and candid with them on the show. I wanted to know what they went through in the pandemic and how they are feeling.

Tell us a bit more…

Taapsee and I share a tremendous rapport. Her debut film was with my brother, I produced that film. I have a plethora of people with whom I share good relationship. So whenever I am doing a new show with a new concept, I approach them. But it was a different experience to interact with people from the world of food and fashion, like Bibhu Mohapatra. It is so inspiring to know how these people have risen in their lives. They are such huge names. After every show, I feel I need to re-learn some things. But the bottom line is, I want people to feel hopeful after watching an episode.

Being a celebrity, does being part of the inner circle help?

Absolutely! Whenever I have a new concept for a show, I go to my close friends. I find out who is available. I helps me understand the format better. With unknown people, you get a little startled.

You must be knowing so many celebrity secrets and top gossip. Have people were harassed you knowing that you’re a source?

They always ask me. I tell people that I know but I chose not to tell you. I would wish that they would do the same for me. They share a lot of things with me, but the info will go with me to my grave.

Your good friend Kajal Aggarwal is just hitched. Any advice for her?

These girls are working professionals for years. We should be taking advice from them. I told her (Kajal) don’t be cheap, make sure you throw a huge party when all these things settle down.

Who has the best comebacks in the South Indian industry?

Which actor/actress is the most secretive?

All South Indian actors are quite shy. The only exception is Rana. He is open and candid. Very few are ok about showing their real side, they put out the persona more in the open.

I want Amitabh Bachchan Ji, Aamir Khan, Johnny Depp, Oprah Winfrey and many others on my show.