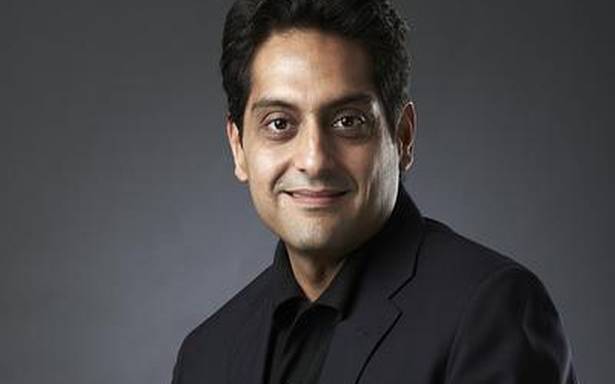 The co-founder of Fratelli Wines leaves behind a legacy of experimentation, international collaborations and world-class viticulture

“When autumn comes and the period of festivities begins, everything in India starts looking up.” Kapil Sekhri’s words, spoken during the course of a Zoom call about three weeks ago, still reverberate in my ears. On Saturday, Sekhri, director and co-founder of Fratelli Wines, passed away after a massive heart attack, leaving behind his wife Puja and two teenage sons, a family that is now in our thoughts.

That day in mid September, I had messaged Kapil for a quick chat about his latest venture, Tilt (in the wine in a can category), and to hear his point of view on how the Indian wine industry would fare in the new normal, for an analytical story that I was writing for The Hindu Weekend. He had insisted on Zoom so we could have what was closest to a face-to-face conversation. We had gone on to have a pleasant, meandering chat, characteristic of all my conversations with him. It was possibly the last such interview he would do.

I had wished him luck for his new venture, assured that his passion for wine would mean that Tilt, despite its affordable image and pricing, would be quality enough. All his previous ventures — from a tie up with British wine critic Steven Spurrier for the MS range, to the collaboration with the flamboyant French vintner Jean-Charles Boisset for their joint label J’Noon — had raised the quality of wine making in the country. Sette, Fratelli’s top label, continues to be a benchmark for Indian wines, and has been recording good sales all through the pandemic with home drinking giving a fillip to premium wines.

A man of passion

In his mid 40s, Sekhri was one of the most amicable figures of the Indian wine industry; his soft-spoken ways belying an overriding passion for wine and an ambition to take it further than ever before in India. The shock of his untimely passing is yet to wear off. “He was genuinely nice. Elegant, gentle, well-spoken, and yet passionate and determined. I have many fond memories of inspiring conversations with him,” says Madhulika Dhall, owner of La Cave retail stores in Delhi, Mumbai and Bengaluru, recalling one such exchange. A fitness buff, Sekhri had expressed an interest in going trekking to Ladakh. “I had shared my experience with him and was actually thinking of asking him to join an upcoming trek to the Everest Base camp next year,” says Dhall.

Restaurateur Ashish Kapur of The Wine Company and The Wine Rack remembers how helpful Sekhri had been while he was setting up his restaurants (with a USP of serving quality and expensive wines by the glass). “He made sure we were able to sell Sette by the glass. He also personally arranged a visit for me and my family to the vineyard in Akluj so that we could understand the philosophy and process of wine making there. His passion and attention to detail were commendable and he was a big support to all of us who wanted to do new things with wine,” says Kapur.

In many ways, Sekhri put Akluj in Maharashtra, the site of Fratelli’s vineyards, on the world’s wine map. A few years ago, when I had visited the vineyards, I had come away impressed not just with the metaphorical depth of the cellars and the expanse of the viticulture, but also with the small facility there. In the evenings, wine tastings with locally-made smoked cheese would be arranged.

Akluj was on its way to becoming a focal point for the growing interest in wine tourism in India; a position hitherto occupied by Nasik, the centre for Sula Vineyards, India’s largest wine company and Fratelli’s main rival.

Sula’s founder, Rajeev Samant, may have been a competitor, but he had a lot of respect for Kapil. “He was such an important part of our industry and did such amazing things with Fratelli in a very short time, through true passion, dedication and immense hard work,” he says.

Tilt, Sekhri’s last venture — four varietals of easy-to-drink wines, packaged in cans — was a project that had been in the planning for a while, but was rushed to completion when the pandemic hit India in March, since Sekhri foresaw a rise in home consumption.

Despite a tough year, he had hoped a good recovery was on its way. The industry will recover, but only after having lost one of its most luminous lights.