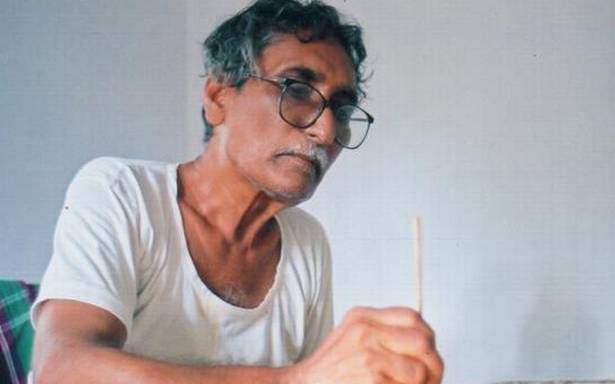 Every time I met the late Jonnalagadda Gurappa Chetty, the master kalamkari artist, scholar, researcher and prolific writer of his art form, I would be treated to a story. It would be anything from a colour he’d extracted from a flower or leaf, to a little-known Vedic tale. But it was rarely about himself or his father, Jonnalagadda Lakshmaiah, who played a pivotal role in the revival of Kalahasti Kalamkari (or his son, Niranjan, who is blazing a trail working with chintz).

It was these two masters, and their deep dive into ancient techniques, experimentation with colour, and mentoring of younger generations of artistes, that gave kalamkari new life, both in India and abroad — after it had become nearly extinct in the mid-1950s. If art patron Kamaladevi Chattopadhyay gave the revival movement structure and movement, Chetty and Lakshmaiah invested it with passion and vision.

Today Chetty’s work is celebrated at exhibitions and museums — London’s Victoria and Albert (V&A) Museum, for instance — and in galleries and private collections across the world.

Legend of his times

My favourite story was about his meeting with Rodhar Mund in 1974. The German, a lover of kalamkari, asked him why his themes were only culled from his own religion. Chetty replied: “My religion is that of artistes and my special religion is Indian.” However, the master artist was open to other sources of inspiration, so when Mund told him the story of Jesus of Nazareth, he created a stunning piece depicting scenes from Christ’s life in horizontal panels (displayed at the V&A).

The celebration of nature, an integral part of his kalamkari vocabulary, can be seen in his iconic depictions of the Tree of Life, with frolicking animals, birds in graceful flight, and flowers and vines in a profusion of colours. The delicate detailing and sense of movement created are mesmerising.

An outspoken voice for his craft community, Chetty — a trained school teacher from Srikalahasti, who became a student of kalamkari at the age of 13 — wrote four books on the various aspects of the craft, besides numerous articles on the subject. Recognition, awards and honours followed, chief among them the Padma Shri in 1976 and the Shilp Guru award in 2002.

His glorious career of over seven decades ended on February 14, but his legacy as a master of kalamkari continues — in his matchless art, in his books, and in the memories of a soft-spoken culturist.