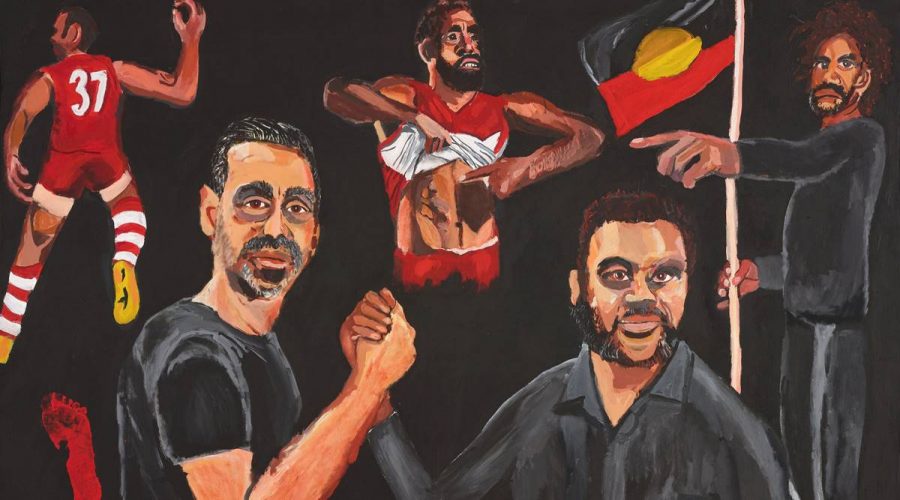 The painting, titled ‘Stand Strong for Who You Are’, features Namatjira and the aboriginal footballer Adam Goodes clasping hands against a black backdrop and was chosen by the Art Gallery of New South Wales’ board of trustees from over 1,000 submissions. 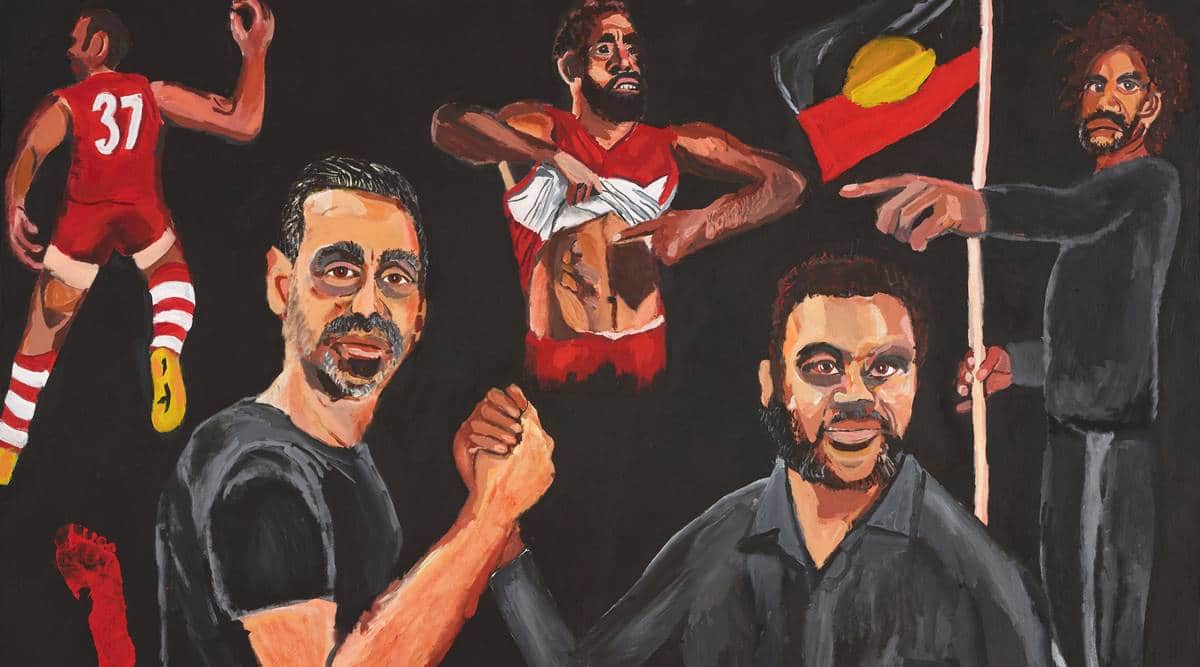 Vincent Namatjira has become the first Indigenous Artist to win Australia’s prestigious Archibald Prize for portraiture. The artist received the award and a $100,000 cash prize for a painting of himself with retired Australian footballer Adam Goodes, BBC reported.

The painting, titled ‘Stand Strong for Who You Are’, features Namatjira and the aboriginal footballer clasping hands against a black backdrop and was chosen by the Art Gallery of New South Wales’ board of trustees from over 1,000 submissions.

“What an honour it is to be the first Indigenous winner of the Archibald prize,” Namatjira said while virtually accepting the award on Friday. The ceremony was scaled down drastically this year due to the ongoing Covid-19 pandemic.

“It only took 99 years. I’m so proud to be the first but I also have to acknowledge all the Indigenous finalists and Indigenous sitters for this year and past years,” the artist added. “To me it’s about time for an Aboriginal person to be recognised as an Archibald winner and also a turning point for Aboriginal people in Australia.”

Explaining why he chose Goodes as his subject, Namanjira said that he had first met the footballer in 2018 and then decided to paint him after watching a documentary called ‘The Final Quarter’, which followed his last season playing professional football.

Speaking about the racism he has personally faced during his career as an artist, Namatjira said, “It’s a bit hard to forget the past but we just have to keep on pushing forward. That’s what I want to say about the past, it’s way too hard to let go.”

Last week, another painter named Meyne Wyatt became the first Aboriginal artist to win a secondary prize at the Archibalds, BBC reported. The Art Gallery of New South Wales received a record 1,068 entries for the Archibald Prize for portraiture this year, The Guardian reported.