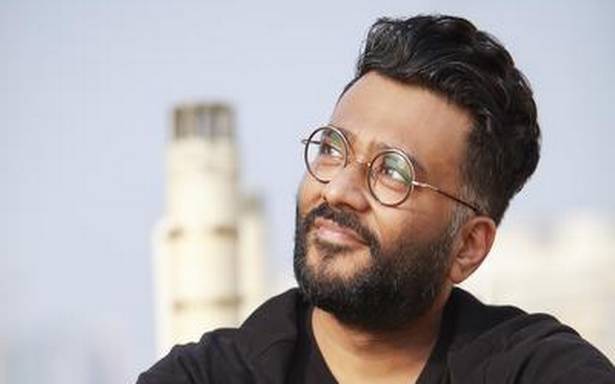 The first week of April was an interesting one for filmmaker Sudhanshu Saria. It began with him bagging the National Award for Best Director in the Non-Feature Film category for his short film Knock Knock Knock (2020). Mid-week, he tested positive for Covid-19, and towards the end of the week, there was a kerfuffle over a poster design (the promotional poster for Alt Balaji’s show, His Storyy, bore an uncanny resemblance to that of Saria’s début film, Loev). Saria laughs when this chronology is pointed out to him. “I feel like it was just another step in my journey. I’m just walking my own path, and all of these moments in life teach you a little bit about who you are,” he says.

Pre-pandemic, the 37-year-old filmmaker identified as a ‘sociable workaholic’ who enjoyed collaborating with others and writing at buzzing cafés. “I used my work as a defence mechanism. I made myself busier until I could shut out all the noise. Luckily for me, I live in a society that rewards this sort of delusion. We’re not a society that prioritises or rewards you for being in touch with yourself, having clarity of thought.” It’s no surprise then that Saria’s immediate reaction to the lockdown was to immerse himself in work. “I kept saying to myself, ‘Let me do a little more work, a bit more work’. But at some point, he realised that he was spending his weekends only looking forward to Mondays. That’s when he decided that he must reorient his life. “It’s still early days because I’m going after longer lasting change, so it’s okay if it’s incremental and slow.”

However, there’s an upside to Saria’s hyper-productivity. When the lockdown hit, he had started working on Masoom, a young adult (YA) series for Amazon Prime created by Nitya Mehra. There was also a feature film he had written that was being pitched to production houses. “The plan was to kickstart the film while I shepherded Masoom into production. Then last October, the producers of Netflix’s Delhi Crime reached out and were keen on having me on board for season three. I don’t think two shows at a time is a good idea and I was scared when I took it on, but they just beautifully dovetailed around each other. The scripts for Masoom are done and I am now launching into the screenplay for Delhi Crime,” he says.

Scripting Masoom was a trip down memory lane for Saria and Mehra. Both went to boarding schools in Dehradun — Doon School and Welham Girls, respectively. So it was obvious that they’d set this YA fiction story in a boarding school in the mountains. What is unexpected, though, is that it’s a story of a young girl. “There are not enough YA stories, definitely not about girls. I find this is a very under-represented spectrum in our pop culture. For me, it was a chance to create companion characters for my nieces — why should we run after Jane Austen, Enid Blyton, and Nancy Drew? Where are the young adult Indian female characters?” For Saria, the first step towards keeping this story authentic was to put together an all-women writers’ room. “Then it was really about listening, reacting and shaping,” he adds.

Writing a stark crime story immediately after a YA story isn’t the easiest transition, but he thinks that the latter is tougher to write. “The amount that young people have to deal with right now. When I was growing up, there was no social media and the world wasn’t as flat as it is now. I didn’t have to deal with this plethora of information; constantly feeling like you’re completely behind, lazy and not creative versus you’re too creative and fast forward.”

As he continues to find new stories to tell, having ‘National Award-winner’ affixed to his name this early in his career has made him more self-assured. “On the days you feel that you’re not worth it, an award like this makes it harder to believe that narrative. Recognition like this makes you go, ‘No. You matter, your work matters. Here is a jury of fantastic filmmakers and people telling you, ‘We see you. We notice you. You matter’. It helps counterbalance and gives you courage to continue going after the kind of stories you want to tell.”

04/30/2021 Lifestyle Comments Off on Inside an all-women writers’ room: in conversation with director Sudhanshu Saria
India