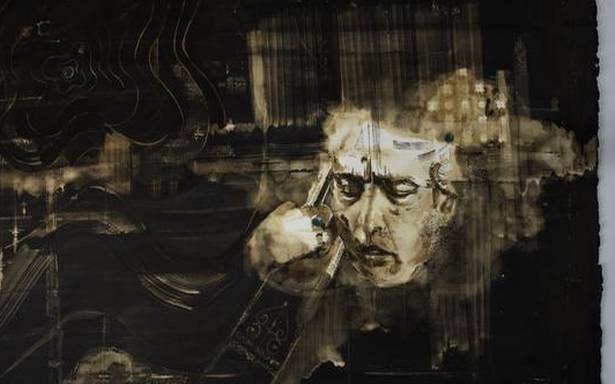 At this year’s La Biennale Di Venezia, considered to be the mother of all biennales, the India game has been strong. In addition to the festival hosting its second ever India Pavilion, the main event shines the spotlight on works by local artists such as Soham Gupta, Shilpa Gupta and Gauri Gill.

International biennales and fairs are a good way of spotting formerly unknown talent. Sharan Apparao, owner and curator of Chennai’s Apparao Art Gallery, who was in attendance at Venice, agrees. “For instance, I had never heard of Kolkata-based photographer Soham Gupta before the Venice Biennale,” she says. “And his work really surprised me.”

At the ongoing London Art Biennale (inaugurated by Lady Sophie Windsor and on till tomorrow), three women artists are taking the Indian representation further. Bengaluru-based Anurita Argal Acharya, Bahrain resident Preeti Rana, and Uttar Pradesh-born Bela Gupta have been selected for the first time to show their works as part of the main event. They join 120 artists from 40 countries at the event, which features Italian art dealer Roberto Gagliardi as art director.

For 36-year-old Acharya, it was an open call for entry that won her a spot. “For artists like me who are not at all from the art world, it is quite difficult to make it to even galleries without the right connections,” says Acharya, who also works as an interior designer.

At the Biennale, she will be showcasing works (archival ink on paper) such as the Samudra Manthan, inspired by the mythological battle between devas and asuras. Her Chimera series dabbles with the plant and animal kingdoms. The Hands of Brahma is her third entry, and it depicts a pair of hands creating the universe. A former software engineer, Acharya embarked on a postgraduate diploma in interior and furniture design at the Srishti Institute of Art, graduating in 2010.

Preeti Rana, 49, has showcased her art at galleries in India, Bahrain, and at the Nehru Centre in London. The self-taught artist and poet started out by painting whirling dervishes, going on to explore an ink-and-bleach technique after her daughter introduced her to it. Her interest in music prompted her to spend time with Indian classical vocalist Ustad Faiyaz Wasifuddin Dagar, an experience that she credits with inspiring her art.

Her two entries at the Biennale are themed around Indian ragas, including the Dhrupad tradition. Music, a composition of a whirling dervish, was created when Rana was coming to terms with a dear friend’s battle with cancer. Set to a rendition of Rag Sohni by Ustad Dagar, an audio track (available to listen by a scannable QR code) accompanies the exhibit. Bairagi, an ink on Arches watercolour paper piece, is a depiction of Ustad Dagar.