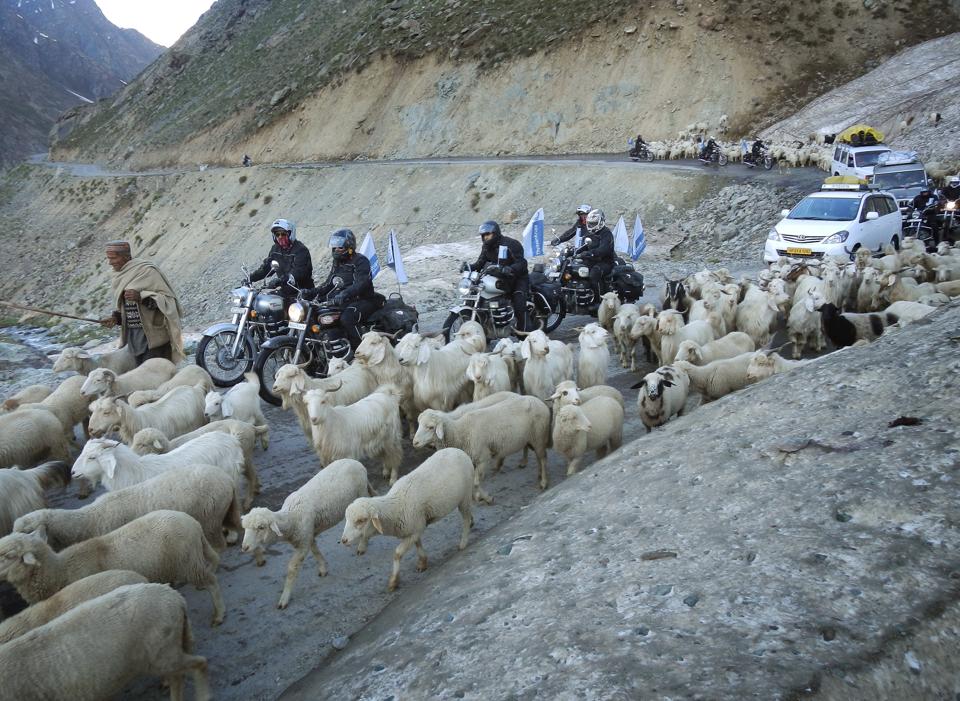 “Death. Carnage. Chaos. Line-ups. Dead bodies on the route and in tents at camp 4. People who I tried to turn back who ended up dying. People being dragged down. Walking over bodies… cannot believe what I saw up there.”This is how adventure filmmaker, Elia Saikaly, described the scene near the summit of the 29,029-foot Mount Everest, in a May 25 Instagram post showing him on the summit. The crowding in the “death zone” happened due to two reasons: One, the huge number of mountaineers trying to reach the peak. According to the Washington Post, Nepal granted a record 381 permits to climb the mountain this year. But at least double the number of people were on the slopes, since the figure does not include guides. Second, poor weather cut short the period in which the peak could be climbed, leaving mountaineers waiting in long queues to the summit. Mountaineering is big business in Nepal; each permit this season costs $11,000.

The rush for adventure and tourism in the Himalayas, the water tower of Asia, comes at a huge environmental cost. In the first two weeks of May, volunteers collected three metric tonnes of garbage from the Everest. The Indian Himalayas is very popular with trekkers and tourists, and is equally dirty. On 2018 World Environment Day (June 5), volunteers gathered four lakh pieces of plastic waste in a two-hour operation from 13 Himalayan states in India. Recklessness and unconcern have laid waste to our environment and natural beauty. The stunning Rann of Kutch in Gujarat is facing a huge challenge from tourists because they insist on driving SUVs on the fragile milky white sand desert, destroying the landscape and disturbing precious animals and birds. All but the most remote parts of Ladakh have been ruined by bikers. Most of our beaches have been despoiled.

We will pay the price, both environmentally and economically. If India is keen to keep its ecology in good shape for future generations, it must implement two things: One, start calculating the carrying capacity of ecologically fragile areas; and second, institute a system of evaluating the economic value of services that ecosystems provide us. This is already in the works but needs to be done much more proactively. This is critical because destruction happens in the name of development and economic gain because nature’s economic worth appears to be intangible.