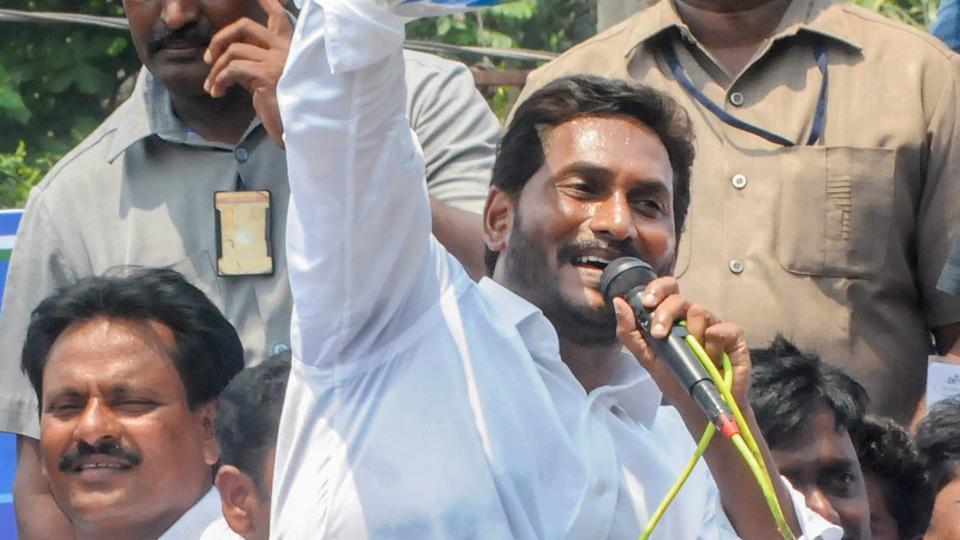 In 2003, ahead of assembly polls, then Congress leader YS Rajashekara Reddy (popularly called YSR) went on a statewide march across undivided Andhra Pradesh to eventually succeed in unseating Chandrababu Naidu of the Telugu Desam Party from power. This successful playbook has been borrowed by his son YS Jagan Mohan Reddy against the same Chandrababu Naidu again if early trends in the truncated Andhra Pradesh are any indication.

In early trends of the 175 assembly seats, YSRCP ,which was the party setup by Jagan after falling out with the Congress high command, is leading in 89 seats, followed by TDP in 34 and actor Pawan Kalyan’s Jana Sena leading in one seat. Trends in rest of seats yet to come in.

In the Lok Sabha polls too, of the 25 seats, YSRCP is leading in 16 and theTDP in 9 seats. While these are early days yet, it looks like Jagan will fulfil his long-cherished wish of becoming the chief minister which was the primary reason he fell out with the Congress high command.

Jagan went on a 3,640 km long padayatra (foot march) across Andhra over the last 14 months to take his fight against Naidu’s TDP to the people. Initial results indicate he seems to have succeeded handsomely.

With TDP having burnt bridges with BJP-led NDA on the issue of special category status, it will be interesting to see which way Jagan will align. Will he join hands with NDA to protect his party and state interests or align with the UPA led bloc or remain non-aligned? Ideologically Jagan’s roots are in Congress and as a daily Bible reading devout Christian would he be able to get along with a Hindu hardline party like BJP remains to be seen.

For now though from being a mere businessmen – albeit a successful one who was accused of corruption by his father’s opponents – this is one son rise which seems unstoppable.