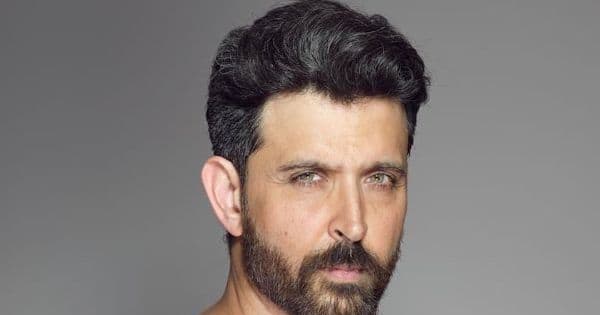 Hrithik Roshan is one of the most loved actors in the entertainment industry. Apart from his Greek God looks, the actor is known for her stellar acting chops and his stunts/action sequences in his films. Last year itself, Hrithik Roshan outdid himself with Siddharth Anand’s War costarring Tiger Shroff. The film become one of the highest grossing films of 2019. Now, Hrithik has a huge fanbase all across the globe. One such fan club shared a montage of videos consisting of his action sequences from his various films like Dhoom 2, Bang Bang, Krrish and more. However, the montage video has a twist. The background score of the video is that of a special dance number from his film, Agneepath, Chikni Chameli featuring Katrina Kaif. It is all music and ends with Katrina whistling as though on how easily and savagely the actor performed the stunts. In case you missed it, check out the video below:

It went viral on social media so much that even the heartthrob reacted to the video. “Haha nice,” he wrote while retweeting the video. Check out his reaction to the video montage below:

Meanwhile, if reports are to be believed, Hrithik will be playing a double role in Krrish 4. It is being said that the actor wanted to play the role of a villain for some time now and looks like his wish would finally come true. However, no confirmation of the reports has been heard from the makers or the actor. Krrish 3 saw Vivek Oberoi playing the lead antagonist.

Rumours are rife the Hrithik will star in another sci-fi superhero movie by Rohit Dhawan. It is also being said that Hrithik Roshan is moving westward, that is, Hollywood and is likely to star in a spy movie. As per the Mid-day report, a source said, “As is customary in Los Angeles, Hrithik’s team was given details of his role in the movie and the scenes that he had to tape. He sent his audition to the studio two weeks ago. The discussion is at a nascent stage. If all goes well, the actor will kick off the project after completing the shoot of Krrish 4.” When asked about this development to HR’s team, the actor’s spokesperson said, “We have no information about this.”

Anyway, how did you like the video? Let us know by tweeting to us at @bollywood_life.