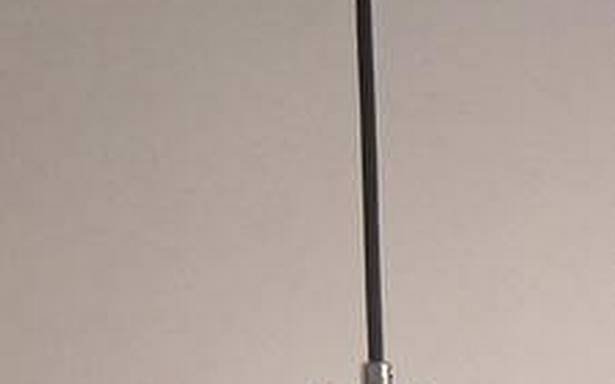 Just minutes after they were displayed at her home décor store, Wudapple, three three cement fountains, at ₹33,000 each, were snapped up leaving Leena Francis very surprised. As did an order for a continuous supply of large textured Chinese urns from a client in Wayanad. The stone Buddha bust at ₹12, 500, is finding takers across faiths almost daily. Leena, who recently diversified into gardenware along with home décor, says the market in Kerala has never been so exciting.

A recentsurvey by HGH India — that holds an annual trade show of gifts and house ware — points to a 25 % increase in home décor products from the four southern states with Kerala leading the way.

In Kochi, Thangam Joseph of Odds & Ends can safely be called the pioneer of stand-alone home décor stores. When she opened her store, in 1988, its eclectic collection of curios, furnishing, books, paintings, and gift items was like a breath of fresh air in an otherwise staid products space. “There were hardly any interior décor stores then. Now there must be more than 70,” she says. She introduced curios and items from brands like Archies and Hall Mark. “Madras was a cut off point for suppliers then. Kerala did not exist on their map. But when Kerala became God’s Own Country in the 1990s, and tourism opened up the State, the scene began to change fast.”

The more defining changes have actually happened in the last five years, says interior decorator Sunita Varghese of Luxrays, a furnishing boutique set up 10 years ago in Panampilly Nagar. She finds that today even the service class segment likes to do up their spaces; “this was not so a decade ago.”

Rock Paper Scissors, a unique home coordinates store in Thevara, retails the top-of-the-line brand Atmosphere, which has furnished the White House and Rashtrapati Bhavan. “The brand has two ranges, high and low,” says Abraham Thomas from the store. “We retail both but it is the high-range furnishing that sells here,” he says, adding that his partner Shana Alexander and he established the shop after seeing the market potential. “Thirty lakh Malayali expats live in America, Europe and West Asia and have exposure to the best in homes and architecture. They want their houses to look on a par with what’s available outside.”

Thangam attributes the thriving market to two factors. One, women have become economically independent and have extra spending power. “They like to dress up their spaces.” Second, she feels that the house-proud Malyalis have always lived in aesthetically rich spaces. That inherent trait has now moved to decorating homes stylishly and at times fabulously.

The traditional wooden furniture, artefacts, and textiles have now given way to modern and ultra luxe curios from different parts of the world, points out Sunita, who sources glassware from Italy, lights from Turkey and furniture from China. Leena forages the East for her products, with Burma being the latest for old-style jars and urns. . “Even though these are in the ₹40,000 range, they sell fast.”

Smitha Gupta, who set up Urvi Concepts in 2000, feels there is more awareness. Clients come with specific brand names, she says, adding that the focus seems to be shifting from Italian marble and teakwood accessories to specific textures, design and colour-coordinated settings.

However, Jaeen Zacharias, who is set to head the Institute of Indian Interior Designers, finds it “rather sad’ that mass-produced accessories have mushroomed and are used for the sake of being used. “You find 100 red vases, 100 green vases….and these are not used meaningfully.” She prefers to do up just half of the available space and leave the rest for the owner to fill over time. “It is not a myth that a well designed and decorated space affects a person’s well being and thinking. Accessorising homes and spaces has to be scientific.”

But Sanam Hinfas is very happy with how her home has turned out. Since she didn’t have time to work on it due to an occasion in the family, she handed it over to interior designers. “With subtle alterations and additions of mirrors, jute carpets, lamps, a four-poster bed and soft furnishing in beige and brown, they altered my three-bedroom house into a beautiful space. And all this within the given budget and time.”

Such requirements have seen Sreejith and Rej Melethil expand their furniture business and set up Dtale, a 15,000 sqft home décor facility, with a second branch in Thrissur. “Home décor is big in Kerala and the trend is here to stay,” says Rej