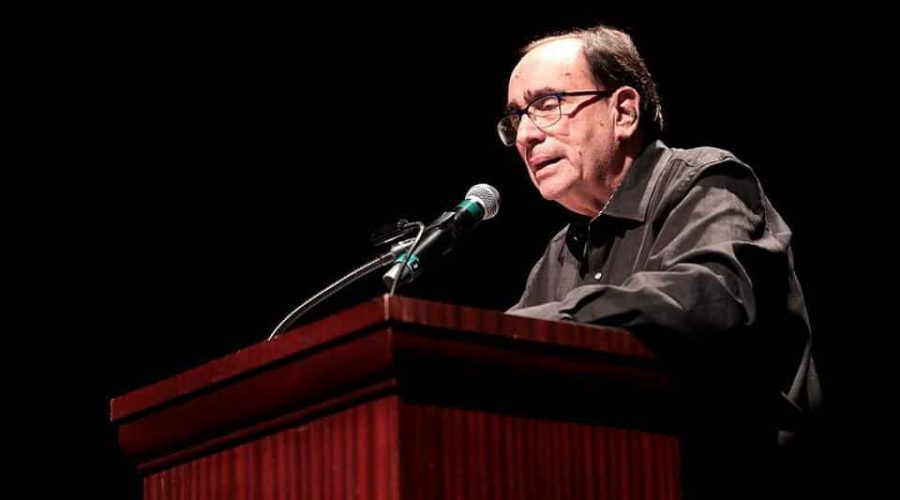 October brings along with it, perhaps the most anticipated holiday by children worldwide – Halloween, in all of its spooky and mischievous glory! All things belonging to the dark come out to play, with fear as their only garb. It is only natural that the author that has thrilled children and adults alike with his grotesque and spine-chilling stories, celebrate his birthday in the month leading up to All Hallows’ Eve.

R.L. Stine, sometimes also known as Jovial Bob Stine and Eric Affabee, is widely regarded as one of the foremost writers of children’s literature and of the horror genre. Children, through the ages have revelled in hundreds of his horror fiction novels, which include the ever popular Goosebump series, the Fear Street, Rotten School, Mostly Ghostly and The Nightmare Room.

October 8, 1943 marks the birthdate of the distinguished writer, who was born in Columbus, Ohio to Lewis Stine and Anne Feinstein. He began writing at the tender age of 9, when he first found a typewriter in his attic. Before committing himself to the horror genre, Stine dabbled in the art of comedy, going so far to publish a humour magazine for teenagers, named Bananas. He even wrote dozens of humour books for kids, under the moniker of Jovial Bob Stine.

His first horror novel, Blind Date was published in 1986, when he realised that kids loved getting scared more than simply laughing. Following the success of his first horror book, Stine took up the genre in earnest, going on to write books like Beach House, Hit and Run. His most popular series, Goosebumps was also taken up for television as a kid’s show that ran from 1995 to 1998. However, the show faced its share of controversy as some people expressed their concern for the gruesome and violent images that would wrongly influence the children.

R.L. Stine may be known as the ‘Stephen King of children’s literature’, especially when it came to his contributions to many a child’s nightmare, but he didn’t entirely forego his love for the comedic genre. His twitter page boasts of hilarious jokes and witty one liners that would make even the sternest of us crack a smile. Here’s wishing R.L. Stine a very happy 77 birthday and thank him for all his contributions to literature.