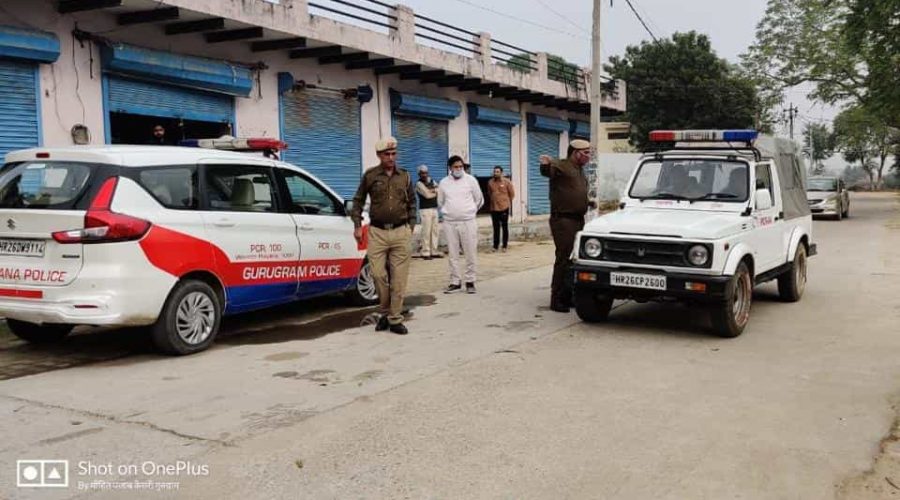 Around 30 men attacked a former sarpanch’s family in village Bhamrauli, near Sector 10 A, 11 kilometres from Gurugram on Sunday night over a parking issue.

Police said a gang led by Akash Yadav alias Ashu, involved in more than 50 cases of murder, attempt to murder, assault, and extortion, was behind the attack. Yadav had shot a classmate in a private school in Gurugram in 2007 and had killed his friend in 2015 in Sector 21 market. Police said Yadav, a notorious gangster, runs an illegal water business in developing sectors. He was sentenced to three years in a juvenile observation home. Now 26, and the leader of a criminal gang, Yadav is out on bail, said police.

Preet Pal Sangwan, assistant commissioner of police (crime), said that the incident took place around 9pm when a villager identified as Joginder Yadav parked his SUV at the village entrance near Yadav’s house. He was waiting for two of his cousins when a group of men asked him to remove the car. “Joginder refused, saying that it was public property following which, the group of men allegedly started hitting him and his relatives,” he said.

The villagers said they intervened and asked everyone to go to their respective houses but within a few minutes, Yadav, along with his armed men, forced entry into Joginder’s house and started assaulting the family with sticks and rods.

The incident was recorded by a local on his mobile and was also picked up by two CCTV cameras. “Yadav was holding a pistol and he, along with another man, shot around 30 rounds out of which three hit two of our family. When we raised an alarm , they fled from the spot,” said Neeraj Yadav, a victim.

Police said Yadav and his men fled in three SUVs and his family members are also absconding. A case under section 307 (attempt to murder) and 506 (criminal intimidation) of Indian Penal Code was registered at Sector 10 police station.

Sangwan said they have formed five teams which are conducting raids to arrest the gang members. They have recovered CCTV footage from the spot and all the attackers have been identified.