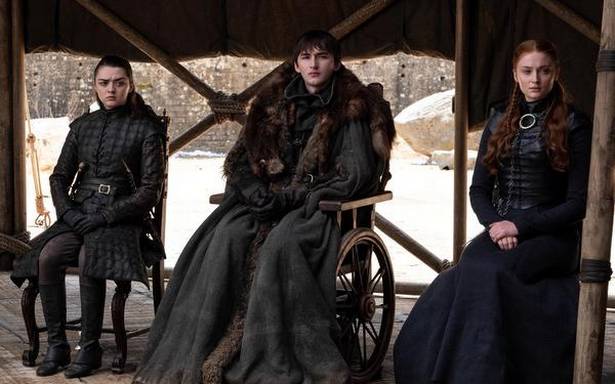 It’s an end of an era, both for viewers and for the characters; and in typical Game of Thrones style, the villains have been disposed of, and the good guys are off to live happily ever after.

Ramin Djawadi deserves a hat-tip from all of us, especially on behalf of the writers. Through all those times where the characters are simply staring gravely (read: blandly), or the storyline is seeming shallow, or a scene is stretching for way longer than your patience, we have had Djawadi’s evocative score to nestle into till we can feel better about the whole thing. Be it with the Jon-Dany theme, ‘Truth’, which morphs tastefully along the direction and mood of their story; or the new-age metronomic march of suspenseful determination (trademarked) that has accompanied Jaime Lannister and Jon Snow as they march towards their respective queens to the Red Keep; or the female choral voicing of the main theme as Dany approaches the Iron Throne; or the optimistic symphony that persuades us that the characters are each going off into their happily-ever-after – Djawadi gently holds our hand and sells us a story that went off its hinges a long time ago, even if its conclusion bears all the trappings of closure.

When reviewing a show like Game of Thrones, you often feel like Tyrion Lannister (Peter Dinklage), former hand of the former Queen, or the late Lord Varys (Conleth Hill). You’re constantly striving to steer clear of the danger of simply cheering your liege along as she grows increasingly powerful with each monstrously gigantic spectacle. You recognise that your job is to judge her actions with clarity where she has been blinded by her own girth. And in the end, the best you can hope for is that you won’t have to one day abdicate your love for her when you realise that you’ve been vain all this while to believe that you could guide with your wise counsel and steer her towards your shared ideal; when you realise too late that she has always been an inexorable force of destruction who’s simply been tolerating your pacifist nagging all this time.

I believed in the show too. Even as the opening credits rolled, I was optimistic about being given a good justification for Daenerys Targaryen’s (Emilia Clarke) utterly mad behaviour, hoping desperately that what came over her last week would be revealed to be something more than just that basic trope – an intoxicating cocktail of indignation, insecurity, and power mutating a just conquerer into a delusional despot. Turns out, that’s exactly what the show-writers chose to foist her with, nicely papering over the irrationality of their own badly-written plot device. (To be absolutely clear, if the Queen had slaughtered a city in pursuit of victory, you could call her mad; the fact that she did so after victory is not so much mad as simply irrational, and that’s on the writers. Sigh. Anyway, moving on.)

And move on, we must. Because, if we can just find it in ourselves to move past the absurdities and flawed premises of the last two seasons of our beloved show – we’ve had practice with the whole Night King pseudo saga already – we will get to the good parts. We get a conclusion for Dany’s story that is actually rather satisfying, if a bit rushed; the show makes its earnest attempt to contemplate the ideal system of political governance and once again voice some perspective on the age-old ideas of love, duty, justice, morality and how they play off of each other – albeit in the clipped tones and allusive aphorisms typical of this show; the answer to the puerile question of “who wins the game of thrones” is finally put to bed with yet another unexpected but contrived yet elegant solution (the main drawback in rulers has always been the lack of dispassion and omniscience).

There is a lot of predictable circularity in the denouement – Arya Stark (Maisie Williams) is off on another voyage of self-discovery; the ever-independent North is pledging its swords to yet another ruler, this time in the form of Sansa Stark (Sophie Turner); the Stark children bid Jon goodbye as he goes off to the Night’s Watch (which, what is its purpose anymore really? The Whitewalkers are extinct, and the wildlings are friends of the Realm); and of course, they had to bring back Edmure Tully one last time to be the show’s resident putz and give us one more indigestibly awkward moment for the road.

Say goodbye to the chaotic world of dynastic warfare, Westeros. Welcome to the beginnings of dirty democracy. And this time, the new ruler can’t be overthrown or disposed of without his knowledge – so, technically, this might well actually be the first monarch-for-life in the seven kingdoms. Point being, when the ruler is always one step ahead of everyone, traitors nor plotters can prosper. That said, did Brandon Stark (Isaac Hempstead Wright) just use an entire continent’s worth of chaos as a ladder?