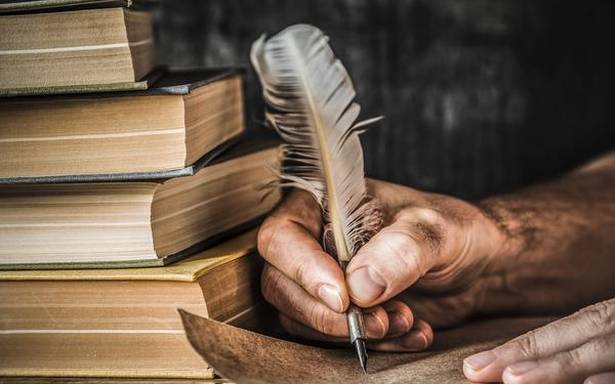 Although poetry is essentially untranslatable, there is no option but to read poetry written in unfamiliar languages in translation.

Pablo Neruda, the great Chilean left-wing poet, once remarked in an interview that the best translations of his poetry were in Italian as it had close affinity with Spanish, and the worst were in English. My own experience is that I enjoy Hindi translation of a literary work written in an Indian language much more than its English translation as the cultural cosmos of Indian languages happens to be a shared one.

In a translation, the beauty of a language, its sounds and tones, and its specific ways of expressing human emotions and experiences are very difficult to convey. A translator can only aspire to convey the sense of the original work, not its literary beauty. And yet, translation is the only way to build bridges between different languages and literatures. Having read Neruda in English and Hindi, there are times I wonder how much more beautiful it must be in its original, pristine Spanish version.

It’s a matter of great satisfaction and gratification that Hindi readers have access to world poetry through the tireless efforts of a few visionary editors of literary magazines and enthusiastic translators. Recently, The Raza Foundation brought out three volumes of vishwa kavita (world poetry) in its Raza Pustak Mala Series in collaboration with Sambhavna Prakashan, Hapur (Uttar Pradesh). The translations for these volumes have been culled out from the past issues of a Hindi literary journal, Tanaav (Tension). Its editor, Vanshi Maheswari, is also the editor of these three volumes — Darwaze Mein Koi Chaabi Nahin (There Is No Key In The Door), Pyaas Se Marti Ek Nadi (A River Dying Of Thirst) and Sookhi Nadi Par Khaali Naav (An Empty Boat On A Dry River).

Maheswari brought out the first issue of Tanaav in December 1972 from Piparia, a small town in Madhya Pradesh. As he mentions in the preface to the volume, his literary interests were kindled and refined by the late Hindi poet Chandrakant Deotale who came to Piparia to teach at a postgraduate college and spent nearly three years there. After Tanaav made its appearance, poet-translator Girdhar Rathi helped the venture in a very considerable manner. Like other literary journals, Tanaav too published Hindi translations of foreign poets but gradually Maheswari began to take great interest in translations alone and turned the journal into a translation-centric platform. The present three-volume set offers works of 103 poets who represent 28 foreign languages and belong to 33 countries. As many as 48 scholars and translators have rendered these works into Hindi.

A look at the names of poets whose works have been made accessible to Hindi readers is enough to convince anybody how precious these three volumes are. They cover, among others, Pablo Neruda, Jorge Luis Borges, Roberto Juarroz, Ernesto Cardenal, Federico Garcia Lorca, Erich Fried, Betolt Brecht, Vasko Popa, Czeslaw Milosz, Tadeusz Rozewicz, Octavio Paz, and Paul Eluard.

However, the case of Antonio Porchia catches the eye. He has been assigned to Italy, giving the reader the impression that he wrote in Italian. Porchia was born in Italy but migrated to Argentina while still in his teens, after the death of his father. He did various odd jobs, including that of a basket weaver, but never complained about his modest life. He wrote a kind of esoteric poetry in the form of aphorisms. Porchia published his book Voices in 1943 and kept updating it without publishing a second book. His aphoristic poetry was greatly admired by major contemporary Argentinan poets. However, the section on him in the volume does not mention that he wrote in Spanish and not in Italian. Here is an example of his style:

“When I come upon some idea that is not of this world, I feel as though this world had grown wider.”

The translators are some of the best-known names from the Hindi literary world, including Kunwar Narain, Raghuvir Sahay, Vishnu Khare, Ashok Vajpeyi, Girdhar Rathi, Mangalesh Dabral and Prayag Shukla. However, the translations that are straight from the original have a different flavour altogether as one feels they are closer to the real intent of the poet. In this context, mention can be made of translations done by Ujjwal Bhattacharya from German, Hemant Joshi from French, Prabhati Nautiyal, Premlata Verma and Vibha Maurya from Spanish, and Trinetra Joshi from Chinese.

For lovers of poetry more comfortable with Hindi, this three-volume set is a must read. It opens up the wide world of international poetry for Hindi readers. One hopes that many more such volumes will follow suit in the near future.

The writer is a senior Hindi poet and journalist who writes on politics and culture.

08/16/2021 Lifestyle Comments Off on Found in translation: Neruda and Paz in Hindi
India