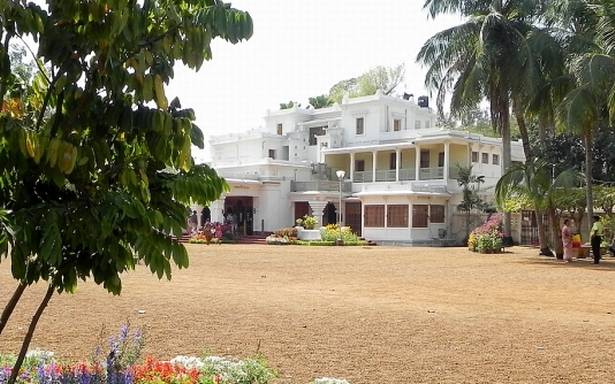 Teachers allege the onus of fall on Vice Chancellor

What would have made Rabindranath Tagore — had he been around today — frown deeper: that universities are being ranked, or that the university founded by him has not been rated highly by a national body? While his reaction is a matter of hypothesis, the fact is that Visva-Bharati has wrapped up its centenary year — already marked with controversies — by getting an unsatisfactory B+ grade from the NAAC.

The NAAC, or National Assessment and Accreditation Council, assesses and accredits higher education institutions every five years. A good score is not only an indicator of the quality of education in an institution but is also important for it to get projects and grants. During the previous assessment in 2015, the Santiniketan-based university had scored 2.82 on the four-point scale, earning a B++ and missing an ‘A’ by 0.18 points.

This year it got even less, only 2.65 points, or a B+ grade, something that detractors of Vice-Chancellor Bidyut Chakrabarty see as a validation of their allegations that education in the University has suffered during his tenure, which was marked mainly by a string of disciplinary action taken against teachers. Prof. Chakrabarty took charge in November 2018, and thus has been at the helm for three of the five years for which Visva-Bharati was assessed last week by the NAAC team.

While the university PRO, its only official authorised to speak to the media, did not respond to calls for comment, president of the Visva-Bharati University Faculty Association (VBUFA) Sudipta Bhattacharyya, a critic of the V-C, blamed the slide entirely on the authorities.

“The NAAC team had a very high opinion of the teachers — it’s there on record. If anyone is to blame for the poor show, it is the authorities, who have created an atmosphere of fear, which is obviously not conducive for education,” Prof. Bhattacharyya, under suspension for nearly a year now, told The Hindu.

Prof. Bhattacharyya, who teaches economics, was suspended in January this year for alleging irregularity in a certain appointment made by the V-C. According to several faculty members, the fact that his suspension has extended this long, even though he is a high qualified teacher and should ideally be in the classroom, showed that authorities were not keen on making use of the talent at their disposal.

The NAAC rating not only validates the critics of the present administration but also the institution’s slide in the National Institutional Ranking Framework (NIRF). Only three months ago, in early September, its position among universities across the country took the deepest plunge ever since NIRF was instituted in 2015 — from the 11th spot in 2016 to 19th in 2017 to 31st in 2018 to 37th in 2019 to 50th in 2020 to 64th in 2021. In the ‘overall category’, which includes all institutions such as engineering, medical and other colleges, Visva-Bharati was ranked 97.

12/02/2021 Lifestyle Comments Off on For Visva-Bharati, centenary turns out to be year of poor rankings
India