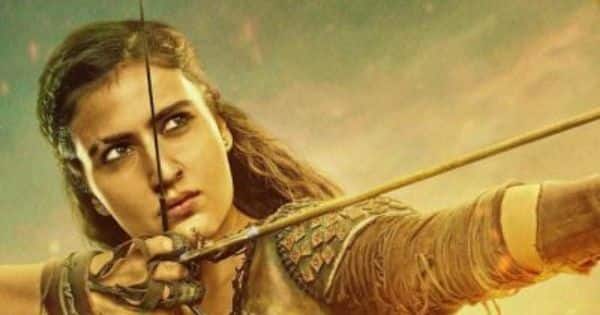 When a highly anticipated film, made on a massive budget, and starring big names, is flat-out rejected upon release by both the audience and critics, the scars of its failure tend to pop up now and then for the rest of your career, regardless of whatever good work you’re associated with in future. It has happened with the biggest stars in the film industry, and it looks to be following Fatima Sana Shaikh now as regardless which film of hers is spoken about or how well it’s been received, the monkey on the back known as Thugs of Hindostan seems to intermittently rear its head.

While speaking about the positive response to both her Diwali releases, Ludo and Surag Pe Mangal Bhari, the question of Thugs Of Hindostan’s debacle was again posed to the actress. Putting what’s in her hand and the futility of pressure into perspective, Fatima Sana Shaikh told IANS, “I am getting work, in spite of people not seen much of my work. Which means people have a certain amount of confidence in me. The success of the film is never in our hands but our performance is. If people like it, you will get work. So I am trying hard to deliver my best. Also, more than anybody putting pressure on us, we put pressure on ourselves.”

Addressing how she can’t simply forget all the good times she had making Thugs of Hindostan, Fatima added, “It’s true that I thought that a lot of things will happen once ‘Thugs Of Hindostan’ (released) but that did not happen. What should we do? I cannot deprive myself of the fun that I had shooting the film, working with the best talents of our country and one of the biggest production houses of Bollywood. I am happy about all that and then, one has to move on!”

11/15/2020 Lifestyle Comments Off on Fatima Sana Shaikh again opens up on Thugs Of Hindostan’s debacle; says, ‘I cannot deprive myself of the fun I had shooting the film
TV & Movies