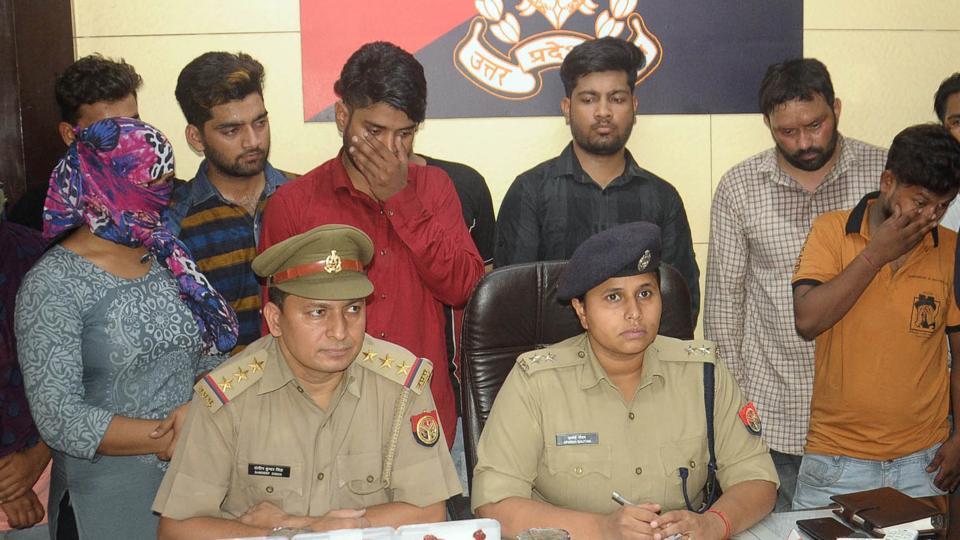 The Ghaziabad police on Sunday conducted raids at Shakti Khand area of Indirapuram and arrested 15 persons, including three women, for allegedly operating a call centre from where they called up customers, used their confidential insurance data to gain their trust, and later cheated them. Information about the gang was compiled by the Noida police after a resident from Punjab was allegedly duped of ₹55 lakh by the same gang.

The police on Sunday arrested Sonu Giri and 14 others from a flat at Shakti Khand and also recovered the insurance data of several customers, 36 mobile phones, 28 debit and credit cards, Aadhaar cards, PAN cards, cheque books and ₹6.3 lakh. The police said that they also have names of the operators of the call centres as well as employees of fund management companies who allegedly provided customer data to the gang.

“As part of their modus operandi, the callers would tell customers their lapsed insurance policies could fetch more returns and ask them to submit more amounts for investment. Once a customer transferred money to a specified bank account, the gang would get the amounts withdrawn from the accounts— which would have been opened with fake IDS,” said Aparna Gautam, assistant superintendent of police (Indirapuram).

In one of the cases registered at Surajpur police station in Noida, Surjit Singh, the Punjab resident, was allegedly duped of ₹55 lakh by the gang. In 2017, Singh got calls allegedly from the people attached to the gang and informed him that the insurance policies that he had discontinued could fetch him more money.

Singh initially transferred ₹9 lakh, and subsequently more amounts when asked to invest more. Finally, when the initial callers stopped responding, another set of callers, suspected to be from the same gang, allegedly called him up and told him that they knew the whereabouts of the initial callers and would give their locations to him.

In return, they demanded more money.

“We have come to know about more people who are attached to the gang and a detailed investigation is in progress. The suspects told us that they duped about 500 people through their modus operandi. We are verifying details,” the ASP added.

The 15 members were booked under the Indian Penal Code sections for criminal breach of trust and cheating at Indirapuram police station.