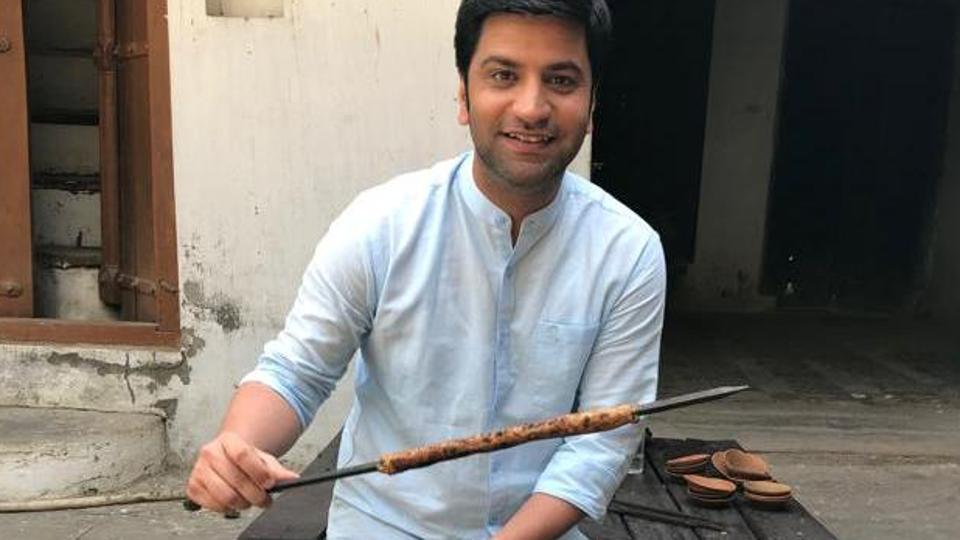 Celebrity chef Kunal Kapoor is a regular to Lucknow and has been coming here for the last 20 years. But, during every trip, he explores a new food aspect in the state.

“I keep coming here very often. Every time I come to Lucknow, I discover something new. It seems that one knows enough but then when one discovers more, then one realises that what one know was just the tip of the iceberg. Sometimes, it’s completely a new thing, other times, it contradicts an old theory, yet at other times, the discovery brings out another aspect of the dish/recipe,” said the chef.

Kapur was in Lucknow recently to shoot his new food show ‘The Royal Palate’. Its first episode on kebabs shot entirely in city, is now available on OTT platform TVF.

“For the show, I met Agh Khan sahib of Salempur House, and he introduced me to Ghutwa kebab, which earlier was known as Majlisi kebab. In contrast, I went to Lebua hotel where Chef Mohsin Qureshi too treated me to Ghutwa kebab which was a surprise for me. I had two Awadhi cuisine gurus from Lucknow but I had not heard about the kebab before this trip. Surprisingly, the internet also has no details about it, and probably, this is the predecessor of the galawati kebab,” he said.

During the start of this career he worked with Taj Hotel, Lucknow and was introduced to the nuances of Awadhi cuisine by Chef Gulam Qureshi. Then he got trained under Abdul Salam Qureshi, a Lucknowite, in Delhi.

Talking about his discovery in the city, he said, “I had no idea that Mahmudabad Estate holds so much royalty, food and heritage. Nawab Saheb (Mohd Amir Khan) introduced me to an entire culture associated with not just preparing food, but also the etiquette of service. I also met Chef Afzal Ahmed Qureshi whose forefathers have been khansamas (cooks) at the palace. I got to taste the Miyanapuri kebab and a very different biryani. Trust me, it was very different from all I have ever tasted,” he said.

About the food heritage of the city, he said, “As a chef, though from Delhi, Lucknow comes before Delhi whenever you talk about food. The city has preserved its food and culture in large pockets, whereas Delhi has lost its old heritage, except for Old Delhi. In Lucknow, if you want to know about a certain dish, a certain period of time and how that dish was prepared, there will always be an old-timer who will be able to tell you about it.”

In the course of shooting the show, besides royalty, he met a lot of people who are passionate cooks and found the influence of their cooking in the street food of Lucknow. “It’s heartening to see how people have preserved recipes and books and handed it over from one generation to the next.”

The show has been made as a seven-episode series. “Each chapter talks about a different thing. The first episode talks about galawati kebabs, next is only halwa and we went to Rampur for it. Next is Kerala’s Satya Thali of Kochi and there is another episode about biryani, for which we travelled from Lucknow, Rampur, Kolkata, Kochi and Hyderabad. We covered Idrees’s biryani which is the most humble place in the city. He makes it in small batches, and tastes heavenly,” he said.

05/24/2019 Lifestyle Comments Off on Every time I discover something new in Lucknow: Chef Kunal
India