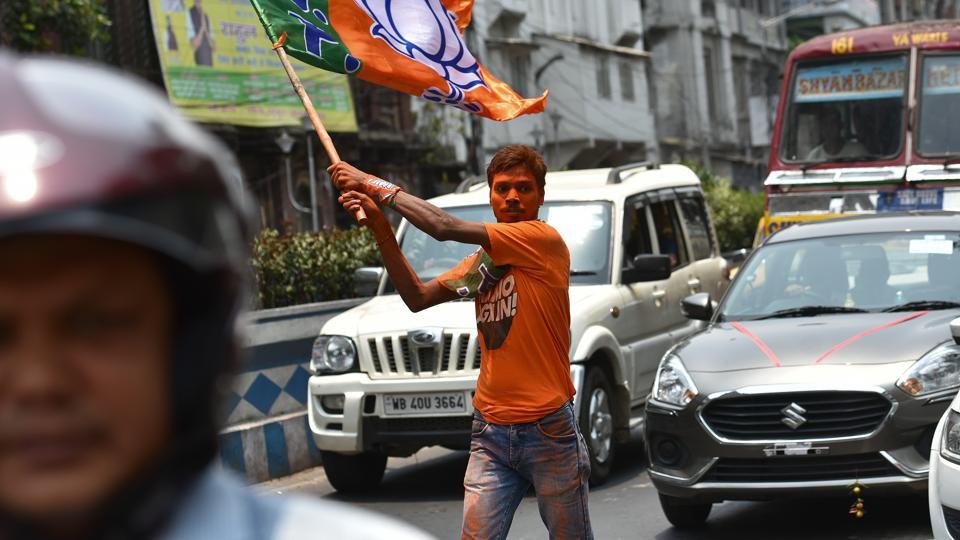 The mahagathbandhan of the Samajwadi Party (SP) and the Bahujan Samaj Party (BSP) in Uttar Pradesh was expected to be the biggest roadblock to the Bharatiya Janata Party’s (BJP) road to power in 2019. In the end, the BJP has more than compensated its Uttar Pradesh losses with just one state, West Bengal.

The BJP won 71 seats in Uttar Pradesh in 2014. In 2019, it won 13 and was leading on 49 seats at the time of filing this report. The party looked set to increase its seat tally in West Bengal by a substantial number , thus more than offsetting its Uttar Pradesh losses.

These two states, also among India’s biggest – Uttar Pradesh being the first and West Bengal being the fourth; and UP sending the most representatives to parliament, and Bengal, the third-highest – in terms of population, were perhaps the most critical components of the BJP’s 2019 strategy.

How did the BJP manage this feat? It exploited incumbency vis-à-vis the BJP state government and the Narendra Modi factor in Uttar Pradesh. In West Bengal, the BJP engineered a big consolidation of the opposition vote.

The BJP’s losses in terms of seats in Uttar Pradesh should not be taken as a loss of popular support for the party as it looked set to increase its 2019 vote share compared to 2014. The combined vote share of the SP and the BSP appeared to have gone down between 2014 and 2019 at the timing of filing this report.

Simply speaking, the alliance failed to ensure a complete transfer of its 2014 votes, while the BJP actually added more voters to its fold. With a vote share of almost 50% compared, the BJP has successfully overcome the perception of being vulnerable to opposition unity in India’s biggest state, as indicated by its defeat in bypolls for Gorakhpur, Phulpur and Kairana LS seats in 2018.

West Bengal’s political scene was a complete contrast from Uttar Pradesh in the 2019 elections. While there were no official attempts towards building better opposition unity against the All India Trinamool Congress (AITC), the BJP has actually managed to make a big dent in the support base of the erstwhile opposition block, namely the Communist Party of India (Marxist) led Left Front.

This is evident from the fact that the combined vote share of the BJP and the Left Front in West Bengal has been the same in 2009, 2014 and 2019, with the latter losing space to the former in both 2014 and 2019. Because of a high degree of consolidation in opposition votes, the AITC has suffered a loss of 11 seats despite having increased its vote share.