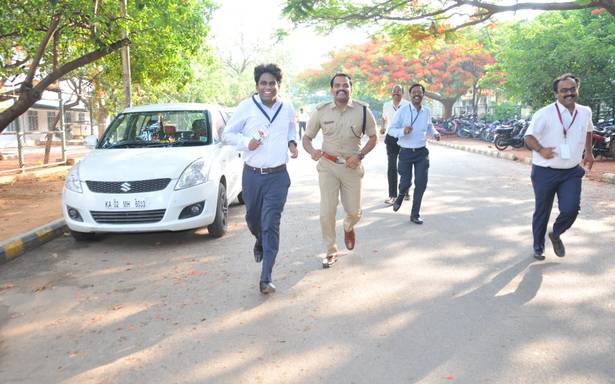 Congress is leading in five seats while JD(S) in one. Initial trends also indicate senior BJP candidates leading in their respective constituencies.

The JD(S)-Congress coalition seems to be doing badly with BJP making gains in early trends in counting of votes that commenced across the State at 8 a.m. Of the 28 Lok Sabha constituencies, the saffron party is leading in more than 20 seats.

In the much fought Mandya Lok Sabha constituency that generated enough heat between the BJP-backed Independent candidate Sumalatha and JD(S) candidate Nikhil Kumaraswamy, son of Chief Minister H.D. Kumaraswamy, the actor-turned politician Sumaltha is leading with a wafer thin margin after trailing him initially.