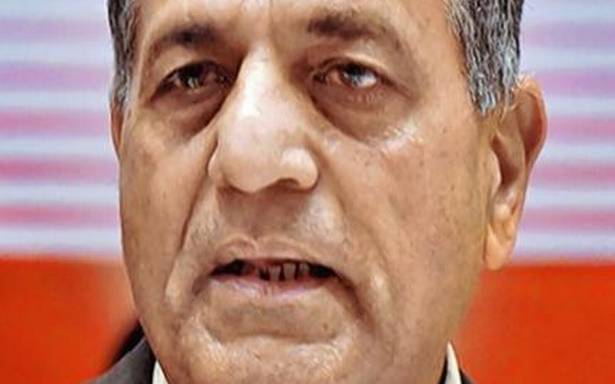 Meeting scheduled to be held today

The Election Commission on Tuesday is expected to take up issues pertaining to the model code of conduct (MCC) that were raised by Election Commissioner Ashok Lavasa after his dissenting opinions were not recorded in the orders passed on speeches by Prime Minister Narendra Modi and BJP president Amit Shah.

Following news reports that Mr. Lavasa had recused himself from MCC-related matters, an EC spokesperson had said: “It needs to be clarified categorically and unambiguously that this is purely an internal matter of the EC and as such, any speculation, innuendos and insinuations in this regard should be eschewed … a meeting had already been scheduled on Tuesday, i.e. May 21, to discuss this and related matters.”

Mr. Lavasa wrote thrice to Chief Election Commissioner Sunil Arora on the issue, following which he replied saying it would be discussed later as the Lok Sabha election was under way. The Election Commissioner was also reminded of the current legal position that, in non quasi-judicial matters, dissenting notes were not included in the orders.

Mr. Arora had issued a statement saying: “At the last meeting of the Commission on May 14, it was unanimously decided that some groups shall be formed to deliberate the issues that arose in the conduct of Lok Sabha election, 2019, just as it was done after the 2014 election. Of the 13 issues and areas identified, model code of conduct is one of them.”