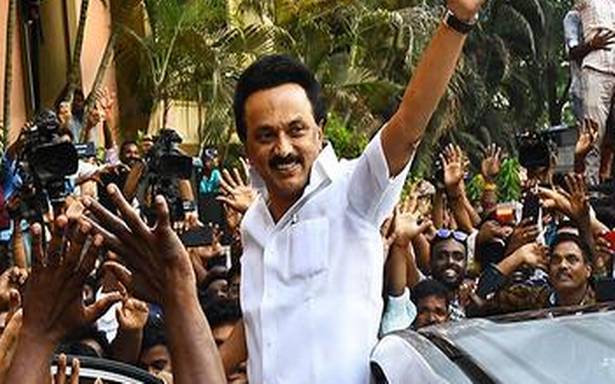 Decimated in LS polls, AIADMK puts up a fight in Assembly bypolls

Bucking the national trend, Tamil Nadu witnessed an anti-Modi wave, with the electorate voting overwhelmingly in favour of the DMK-led Secular Progressive Alliance, which captured/led in 37 of the 38 Lok Sabha constituencies that went to the polls. However, in the Assembly bypolls, the ruling AIADMK put up a strong fight, winning/leading in nine of the 22 seats to secure its government till 2021.

Other players like T.T.V. Dhinakaran’s AMMK, actor Kamal Haasan’s Makkal Needhi Maiam and Seeman’s Naam Tamilar Katchi failed to make inroads, though in some constituencies they polled a sizeable percentage of votes.

Going by the scale of the Opposition’s victory, the results signalled a strong disapproval of Prime Minister Narendra Modi and the BJP, though the party contested only in five seats as a constituent of the coalition led by the AIADMK. The DMK-led front’s victory and lead margins were massive in all but two constituencies – Dharmapuri and Chidambaram.

The AIADMK managed to establish a lead only in Theni, where P. Raveendranath Kumar, son of Deputy Chief Minister and the AIADMK’s coordinator O. Panneerselvam, made his electoral debut against former TNCC president E.V.K.S. Elangovan.

In the 2014 Lok Sabha elections too, when the BJP-led NDA scored a thumping victory in other parts of the country, the State remained an exception as the NDA could secure a mere two seats.

At that time, the AIADMK, which contested alone and harped on the theme of “Lady [referring to party chief Jayalalithaa] vs Modi”, netted 37 seats.

The impressive performance by the DMK and its allies now is almost a repeat of the 2004 Lok Sabha polls, when they registered a landslide victory, securing 39 seats in Tamil Nadu and one in Puducherry.

Predictably, the results stunned the ruling AIADMK, which had, in a worst case scenario, expected to end up with at least eight seats.