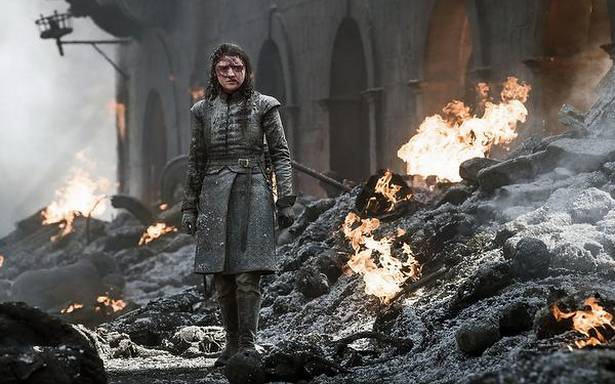 The Game Of Thrones watch has ended. We bring you some powder keg reactions to the final season and the finale

Living in the time zone we do, only true fans will set alarms and wake up at the allotted time to tune into a live-stream they’ll find in some dodgy corner of the Internet, or sign up on Hotstar Premium just for the show. Trending hashtags on Twitter included — take a breath — #JonSnow, #GameOfThrones, #TheFinalEpisode, #GOTFinale, #Westeros, #Starks, #Bran and #Drogon. Twitter was also alive with verified entities tweeting.

And let’s not forget the rage channelled through a Change.Org petition, in which Texas-based Dylan D protests, “David Benioff and D.B. Weiss have proven themselves to be woefully incompetent writers when they have no source material (i.e. the books) to fall back on. This series deserves a final season that makes sense. Subvert my expectations and make it happen, HBO!” With a target of 15,00,000, around 11, 59,088 fans have signed the somewhat futile petition.

For now, the fans have to settle with just one end. The episode leaves the viewer wanting more, while observing in disbelief. The fact that the writers managed to pull it off in the times when reviewers can do a CT scan thanks to on-demand services, is appreciable.

As a result, it’s getting harder and harder for the directors to whack the viewers with a plot twist. GoT had build a reputation to shock the viewers by killing its ‘main’ characters. Fans allege the show had lost some of its spunk. Some fans — pundits, really — suspect it’s because of George R. R. Martin, author of the original series, is lost for words while others believe the writers of the show have “lost the plot.”

We knew from the get-go that Game Of Thrones, which first premiered on April 17 in 2011, is one of those entertainment entities which would nestle itself neatly, not just in our hearts, but also our minds for years to come. We’re already drumming our fingers in anticipation, knowing HBO has at least three spin-off series in the works, one of which could air next year.

05/21/2019 Lifestyle Comments Off on Did the ‘Game Of Thrones’ finale do justice to the show?
India