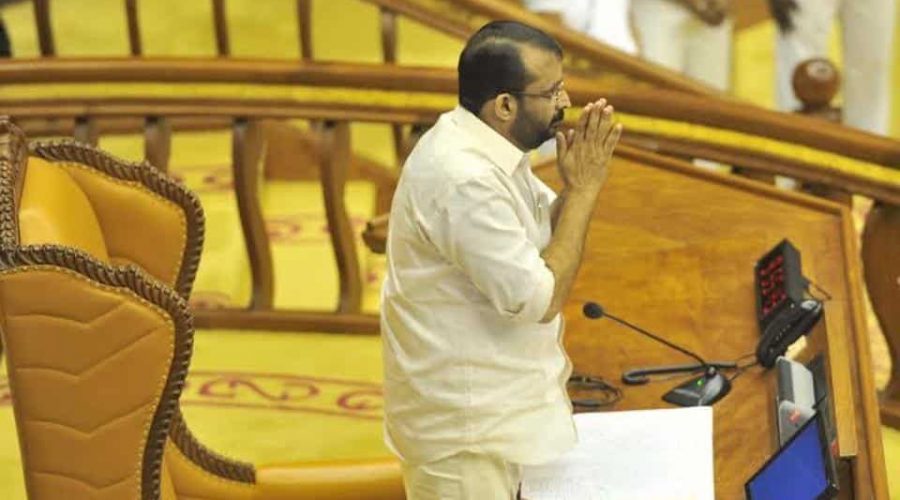 The customs department, which is part of the multi-agency team probing the sensational gold smuggling case, is set to question Kerala assembly Speaker P Sreeramakrishnan after it obtained legal advice that house privilege won’t be applicable in such cases.

It sought the opinion of senior constitutional lawyers in the Supreme Court and later the assistant solicitor general who is camping in Kochi, a senior official of the customs said that adding investigation into gold and dollar smuggling case is at a crucial stage.

“We are summoning an individual, not a post. Privilege is only applicable while carrying out an official duty. Privilege is not meant to cover any illegal activity,” said the official adding the Speaker will be summoned soon. The customs got the advice that it can wait till the ongoing budget session is over.

He said if his summoning poses any problem, customs will move the court to obtain its permission. “We have certain leads. We want more clarity on them. It is the duty of persons holding high positions to come on their own and explain rather than bunking it,” he said. Meanwhile, the Speaker’s secretary K Ayyappan appeared before the customs on Friday after it toughened its position. Earlier it sent summons to him twice but he ignored them citing certain privileges of the assembly staff.

Also read: ‘Cannot and will not repeal laws,’ says Centre as farm talks hit another stalemate

Later, the assembly secretary also sent a letter to the customs saying it needed the Speaker’s permission for questioning assembly staff which triggered a big outrage. Legal experts also said employees of the assembly were not covered under privilege shield.

Last month, while hearing the bail plea of one of the accused, a court dealing with economic offences in Kochi had expressed ‘shock’ at the involvement of “big sharks” in the case and observed that people holding high positions had misused their power and authority. There are also media reports that some of the accused gave confessional statements taking big names. Later, main accused Swapna Suresh sought special protection in the jail complaining her life was in danger.

After the gold smuggling case surfaced in July, there were reports allegedly linking with main accused Suresh with the Speaker. He later admitted that he knew Suresh as an employee of the United Arab Emirates (UAE) consulate and attended some functions on her invitation. But opposition Congress and BJP leaders alleged that it was more than an ‘official relationship’ and that Sreeramakrishnan had travelled with Suresh several times to the West Asian countries.

They also alleged the accused smuggled US dollars to the Gulf countries using Sreeramakrishnan’s green channel access. They also alleged that a major portion of the smuggled US dollar was commission obtained from various projects. The Speaker denied these allegations and said he was ready for any probe. But when customs officials approached his secretary he retracted flaunting privilege card.

When the customs busted the gold smuggling racket, Suresh was working as a senior consultant with the Kerala State Information Technology Infrastructure Limited. Before this, she worked at the UAE consulate at the state capital as its public relations officer. After the gold smuggling case surfaced, her degree was also found to be fake.

Last month Suresh told a court in Kochi that her life was in danger and sought special protection for herself and her family members. She said she was under pressure not to take big names and some people met her in the jail a couple of times to pressurise her. Later, the court directed the prisons department to provide her with adequate security. Detained under the Conservation of Foreign Exchange and Prevention of Smuggling Activities Act (Cofeposa), Swapna is lodged in the women’s jail in Thiruvananthapuram.