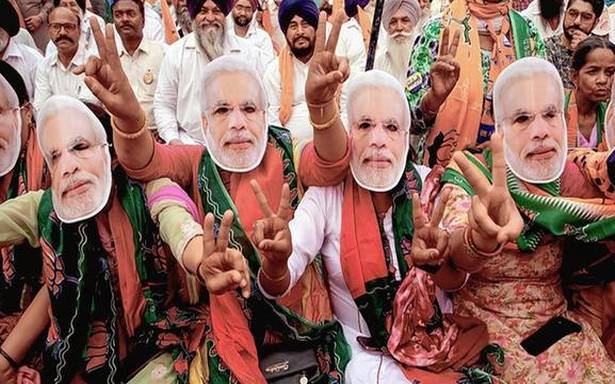 The election may have been driven by personality, at least partially

During the campaign, some BJP leaders appealed to voters by saying that when you vote for the lotus, you vote for Modiji [Prime Minister Narendra Modi]. Well, at least some voters may have taken this quite seriously.

When voters across the country were asked in a close-ended question what they had kept in mind while voting (the party or the candidate), around 17% chose none of the two options offered to them and instead said that what had mattered to them the most while deciding who to vote for was the prime ministerial candidate — without that option being offered in the question.

This is an indication that this election may have been driven by the personality of Prime Minister Narendra Modi more than anything else — at least partially. This is not to say that political party or local candidates did not matter. They certainly did for the majority — 46% opted for party and 31% for candidate, but the very fact that a sizeable number of voters chose to spontaneously utter Mr. Modi’s name instead of the options on offer is significant and points towards the importance of leadership in this election.

Nearly one in every three (29%) BJP voters and one in four (25%) voters of its allies said that they had voted looking at Mr. Modi instead of the BJP or the local candidate who had been fielded from their constituency. Candidates seem to have mattered most to voters of the Congress’s allies (44%), whereas party-based voting seems to have happened most among Left (55%) and Congress (54%) voters.

A State-wise analysis of the question indicates that in States such as Odisha, Tamil Nadu, Meghalaya and Manipur to some extent, local candidates seem to have determined the people’s voting choices. Party-based voting seems to have taken place most in Andhra Pradesh, Telangana, Kerala, West Bengal, Goa and Maharashtra.

In the Hindi-speaking States of Bihar, Jharkhand, Haryana, Madhya Pradesh, Chhattisgarh, Rajasthan and Delhi, voters gave a much higher preference to the prime ministerial candidate than other States.

In fact, the idea that Mr. Modi would be the NDA’s Prime Minister candidate seems to have worked as a buffer against local, constituency-level anti-incumbency.

The Modi effect was visible in those Lok Sabha constituencies where BJP voters were dissatisfied with the work done by a sitting BJP MP who had been renominated by the party. In such seats, 43% of the BJP voters said that they looked at neither party nor candidate but considered Mr. Modi while voting.

The same effect was not visible in seats where the BJP voters were dissatisfied with a BJP MP’s work and that MP had not been renominated by the party.

The survey indicates that the PM candidate seems to have been the biggest consideration to those BJP voters who were most dissatisfied with the performance of their sitting MP in Hindi-speaking States including those which recently refused to elect a BJP government at the State level.

(The author is a researcher at Lokniti-CSDS)