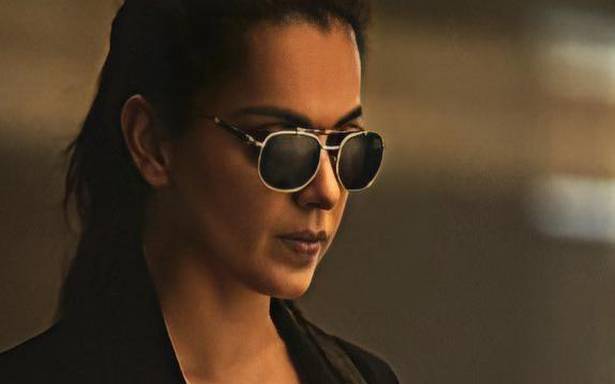 Kangana Ranaut had recently described India’s Independence as “bheek”, or alms, and declared that the country attained “real freedom” in 2014.

The Andaman and Nicobar unit of the Congress has lodged a complaint against actor Kangana Ranaut for describing India’s Independence in 1947 as ‘bheek’ or alms, a party statement said.

The Bollywood actor’s comment was absolutely “shocking and highly objectionable and in bad taste. It also defies decency, dignity and decorum, which is expected from a person who is conferred with one of the highest awards,” Andaman and Nicobar Territorial Congress Committee president Rangalal Halder said in the statement.

Ms. Ranaut had recently described India’s Independence as “bheek”, or alms, and declared that the country attained “real freedom” in 2014.

She was apparently referring to Narendra Modi becoming the Prime Minister that year.

Ms. Ranaut had on Tuesday claimed Subhas Chandra Bose and Bhagat Singh got no support from Mahatma Gandhi and went on to mock his mantra of ahimsa by saying that offering another cheek gets you “bheek” not freedom.

The Congress had on Thursday said her remarks amounted to “treason” and demanded the government take back the Padma Shri bestowed on her recently as she has “insulted” the country’s Independence movement.