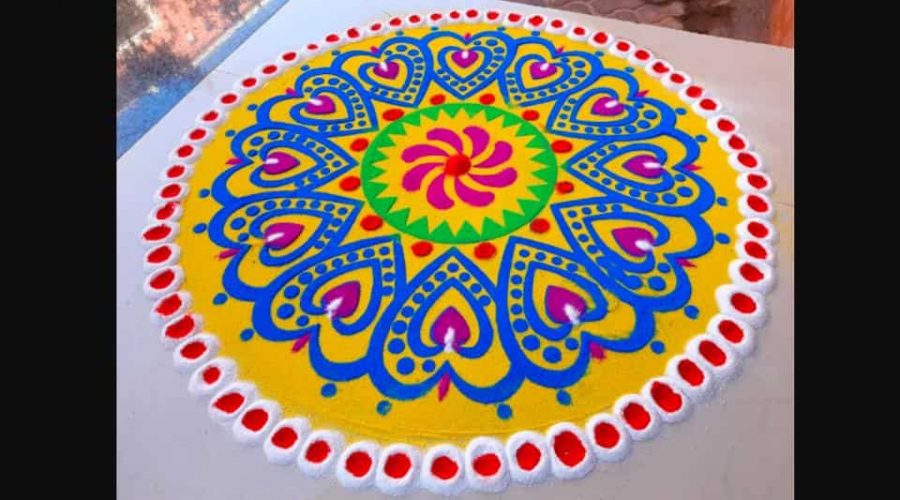 Rangolis are common in people’s homes around Diwali. In fact, social media is flooded with pictures of colourful designs made by different people in their homes. This Reddit user is among them. Just days after the festival of lights this year, the Reddit user shared a picture of a rangoli made at their home. The picture has since left many impressed. Not only are people posting words of praise for the stunning piece, many are asking questions about rangolis, which the Reddit user and others are answering.

“This rangoli done by my Mom,” Reddit user ‘BlazinShredder’ wrote while sharing the picture. The image has been shared on Reddit’s ‘oddly satisfying’ subreddit and is bringing joy to many.

Since being posted some 10 hours ago, the post has collected over 34,800 upvotes and over 300 comments. From sharing about how much they like the rangoli to asking about the process of making one, people have posted several reactions on the post.

“This is the second rangoli I’ve seen today after never having seen one before and I very much like them,” wrote an individual. “That blue and yellow combo area, my favorite colors. Please tell your mom this is beautiful,” added another.

“Gorgeous- the precision here is amazing,” shared a third. To this, the Reddit user replied about the process of making the rangoli. “Thanks, actually there are some stencils to do this but it still requires a lot of patience and skill,” they replied.

This Redditor asked if there was a way to preserve such pretty artwork. “I’ve seen a few of these and I was wondering, is there a way to preserve these awesome works of art or is this more of a one time deal? Either way it looks so beautiful!” Reddit user ‘BlazinShredder’ answered, “ Yeah it’s a one time deal. A strong gust of wind or a small blissful child running could ruin it in moments. So it’s all good while it lasts”.

“It is absolutely beautiful. Well done. I imagine the idea of it not being permanent is a reminder that nothing in life is permanent… All returns to dust or powder, in a sacred and wonderful way,” wrote a Reddit user.

What do you think about the rangoli and the comments to the post?