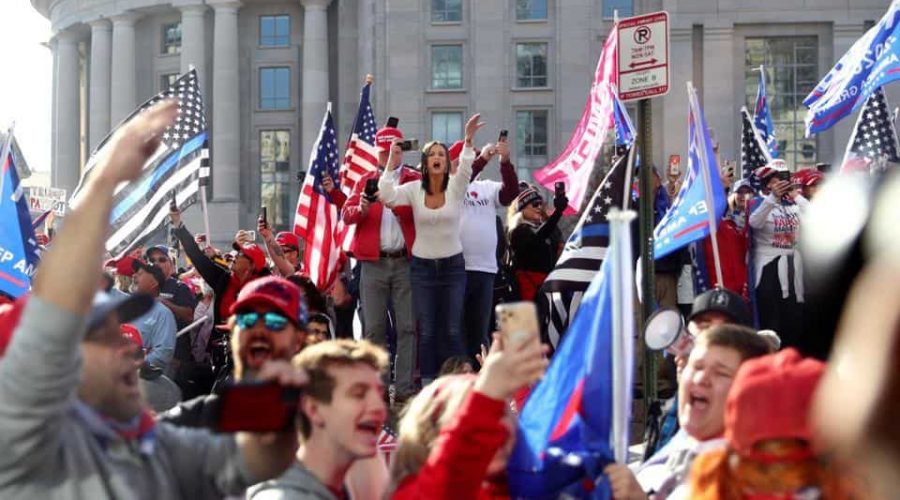 Left-wing activists chased out US President Donald Trump’s supporters in Washington, DC, and besieged at least one downtown hotel hosting them, prompting police to step in and use pepper spray to forcefully scatter the crowd, a Sputnik correspondent reports.

Thousands rallied on Saturday in the country’s capital to demand four more years for the Republican incumbent and echo his claims that the election victory was stolen from him in a massive fraud scheme.

The rally was mostly peaceful, but violent altercations began when Black Lives Matter and Antifa activists gathered several hundred feet away from the White House and harassed scattered groups of Trumpists returning to their hotels.

A Sputnik reporter saw a flag being seized from a Trumpist, families with kids being chased out, a red MAGA [“Make America Great Again,” Trump’s motto] cap torn off a man’s head. Police deployed in large numbers nearby moved to break up clashes, salvage Trump supporters and occasionally arrest their most violent attackers.

Law-enforcement officers also moved to protect The Capitol Hilton after the downtown hotel hosting a group of Trumpists was besieged by a violent crowd. Policemen later used physical force and pepper spray to scatter protesters who started to vandalize cars parked outside.

Several arrests were made during the altercation. A block away two lines of police separated Trump’s fans and haters, who are gradually leaving the area.

11/15/2020 Lifestyle Comments Off on Clashes erupt between protest groups as thousands rally for Trump, police step in
India