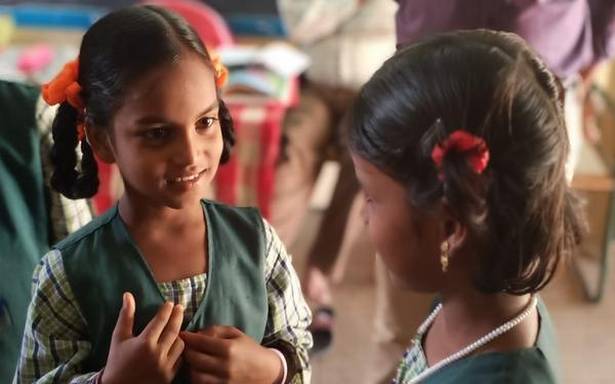 Physical classes, making new friends and spending time at the playground during recess have been replaced by screens ever since the pandemic began.

But even before March 2020, parents and educators had been turning to online resources for easy learning. Karadi Tales’ Karadi Path is one such resource for language learning, which was ideated and launched 10 years back.

Now, the platform has been recognised as the winner by the 50th London Book Fair, in its International Excellence Awards category in educational learning resources — the only firm in India to receive the award this year.

It began when schools started considering Karadi Tales’ audio books as a possible language resource. “We had Naseeruddin Shah, Nandita Das and so on giving voice to the characters,” recalls CP Viswanath, co-founder of Karadi Path. “Children loved the way the story was told, even when they did not know the language itself,” he adds, recalling an incident in Dharavi (Mumbai), where the crew realised that the children could speak three languages simultaneously.

“In India, we are so effortlessly multilingual. But at the same time, we see children learning a language in theory for many years, without knowing how to speak or the meaning of the words,” he says. These observations together formed the cornerstone of a 10-year research process at Karadi Tales which led to Karadi Path.

“After the research, we came to the conclusion that we should never teach a single word or a single meaning or even a single rule of grammar, if we want to teach a language. A language must be learned through prediction and discovery,” says Viswanath.

This framework is what Karadi Path brings into classrooms. This approach of “don’t teach from the word up but teach from the story down” did not have many takers in the beginning. However, this methodology has had an amplified impact especially for students from rural India who are introduced to a language different from their mother tongue only through textbooks.

“Here, they discover the language through stories, music, the use of body, action, theatre…,” explains Viswanath. One of the key aspects that the annual London Book Fair pointed out is Karadi Path’s access to disadvantaged sections and remote locations.

However, today’s students are a different ball game altogether. “More by necessity than by design, we had to use technology very early. Not only from the point of view of the content, but there is a facilitator digitised on the screen as well. The physical teacher is then left to use her facilitative skills rather than his/her language skills,” says Viswanath.

Their app connects the school, students and their parents together. In this sense, digitising early has helped Karadi Path seamlessly transition to a largely-online student base without the physical presence of a teacher, in the pandemic world. To minimise the digital divide during COVID-19, teachers in remote villages who own smartphones, were encouraged to teach small groups. “In parts of Maharashtra and Tamil Nadu, they were taught in streets and temple courtyards. We have also had teachers connecting their car speakers to the phones to make the content accessible,” adds Viswanath.

During this time, in collaboration with the Government of Andhra Pradesh, Karadi Path had also come up with 50 televised sessions for Doordarshan, with resources in both Telugu and English.

Moving forward, apart from language resources, the platform hopes to concentrate on holistic learning for kindergarten and pre-kindergarten kids. “This is an age group that has been gravely impacted by the fact that schools are not in session. So, we are coming out with preschool products that can be accessed from their homes, to ensure that at least the non-motor skills part of learning can happen now,” says Viswanath.