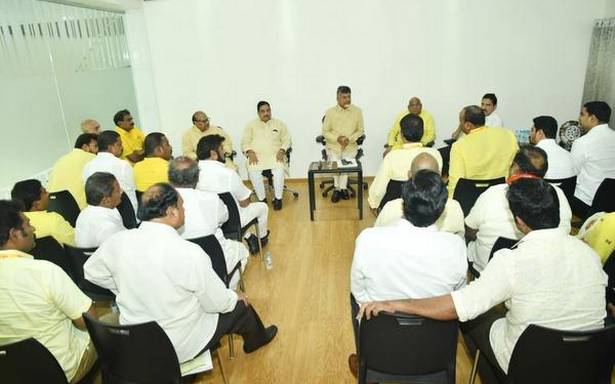 The Telugu Desam Party (TDP) MLAs on May 29 unanimously elected N. Chandrababu Naidu as their leader in the Assembly. This puts an end to speculation that the TDP supremo may not prefer to lead the Opposition in the Assembly.

There was speculation in the party circles that former Minister K. Atchannaidu or senior party leader Payyavula Keshav may be considered for the post of Telugu Desam Legislature Party leader.

The meeting also discussed the invitation extended by Chief Minister-designate Y.S. Jaganmohan Reddy for the swearing in ceremony. It was decided that a delegation would meet Mr. Jagan and extend greetings on behalf of the party.