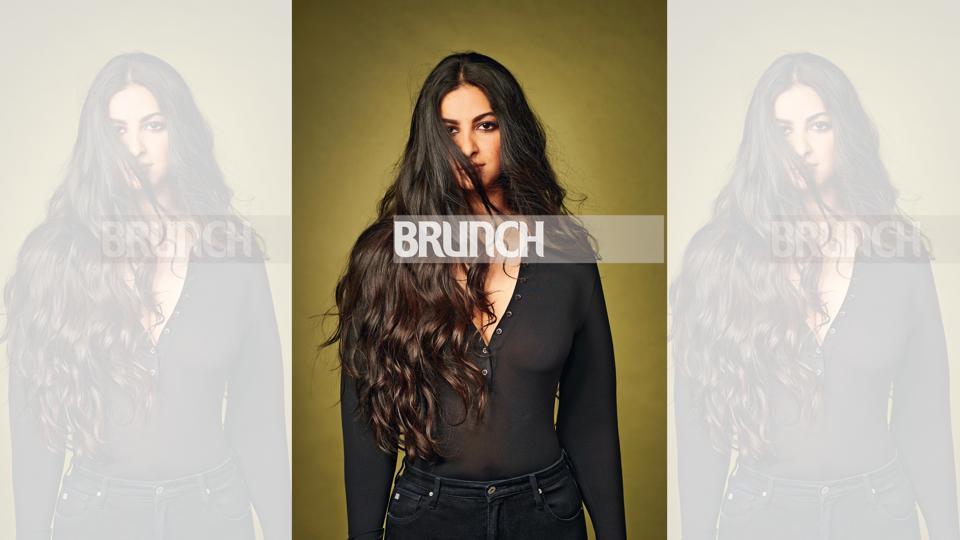 Rhea Kapoor is still basking in the success of Veere Di Wedding (2018) and is looking drop-dead gorgeous doing it! It is not just happiness that has got this glow on her face. She has lost 14 kilos in the last eight months. “I love my job. And when you love your job, you don’t realise how much stress you absorb. But that translates into irregular eating habits. I had the most successful film of my career and I was feeling so low. My weight was pulling me down. So I finally decided to do something about it,” she says.

On staying away from limelight

Rhea looks super confident in front of the camera, but admits to nervousness about her first solo cover shoot, and in fact, all shoots. “Being Anil Kapoor’s daughter and then Sonam Kapoor’s sister, I have always had cameras focused on me, but among all of my family members, I live the most normal life. I cancel my plans if I learn there is even a slim chance of getting papped. For me, the allure of fame is zero. The more I see my dad and my sister, the surer I become that that life is not my scene at all. Mereko nahi chahiye, baba… aap rakh lo (I don’t want it, you can keep it)! ”

On becoming a producer

Three films and almost a decade into the business, Anil Kapoor’s middle child is finally coming into her own. She started her Bollywood career at 21, not as an actor but as a producer – a choice that surprised many. But the truth is she is part of the third generation of producers in her family. Her grandfather Surinder Kapoor, a distant cousin of Prithviraj Kapoor, had produced films like Woh 7 Din (1983), Judaai (1997), Sirf Tum (1999) and Pukar (2000). He had an able successor in his eldest son Boney, one of the most prolific producers in Bollywood.

“I have seen the best of this world and I have seen the worst of this world. I was born in 1987, the year Mr. India released. I have been around the movie business since the day I was born!” quips Rhea. “Being a producer is stressful and risky, but there is something very rewarding about knowing that you were part of creating a film from start to finish. Also, I am a control freak. I need my voice to be heard. And I have learnt that the most effective way to get your voice heard is by taking responsibility.”

On being Anil Kapoor’s daughter

She points out that her father has slogged in this industry for more than four decades to give his children a better life. “He had a very humble beginning in Chembur. He did everything, gave his blood and sweat, so that his children don’t have to go through the struggle he went through.”

This mature understanding of her privilege has been hard-won. “When I started off, I was really young and the preconceived notions of people about my talent and abilities would really hurt me,” she admits. “I didn’t know how competitive things can be and how ugly things can get. But I must say, I am blessed to have such liberal parents. Many dads wouldn’t be okay with their daughter making a film like Veere, but AK was always like ‘Go for it! Kill it!’ I know if anything ever goes wrong, I will always have him to fall back on.”

On being a woman in the men’s club

Even Rhea’s father’s standing in the industry has not been able to shield her from the inherent misogyny and sexism that Bollywood is known for. She had a hard time getting money to make Veere (the 2018 film directed by Shashanka Ghosh) and that pain is still fresh. “It was the first mainstream entertainment film that happened to have women in the centre. It had no sob story. It was just a fun film. Nobody wanted to put money in it. I was told there are no statistics to prove that this kind of film can work. But you know, Dil Chahta Hai was a buddy movie and it came out in 2001 and was followed by a slew of such films. Veere just happens to have a girl gang in its centre instead of a bunch of boys!” she exclaims.

Although 2016 saw a gamut of films that had strong women protagonists like Lipstick Under My Burkha, Parched, Neerja and Pink, Rhea points out that Bollywood is still uncomfortable with women taking charge. “Also, according to Bollywood, pretty women can’t be taken seriously!” she exclaims. “If a girl is pretty, it is always assumed that she must be dumb. In many cases, when men create a strong female character, they prefer her deglam so the men around her are not intimidated. Also, since I also run a fashion label, men have come up to me and told me what they think looks best on women. Arre, who asked you? A girl who is sexy and intelligent is just too much for a guy to handle, ya.”

On the sexism in films

Even today, she says, Bollywood is uncomfortable with the idea of women having fun. As a woman producing films with women protagonists there is always pressure to make a statement. “I don’t understand why for a woman to have her story told, she needs to go through some hardship or violence and appear victorious every time,” she says emphatically. “Why, unlike men, can’t I just exist and be valued? I want women in my films to fall in and out of love, make mistakes, and just simply exist, without having to go through any such cathartic experience!”

Women must suffer, she points out, even in love stories. “This whole idea that love is torture and women need to endure the pain to build the relationship is such a sham,” she says. “And what is this thing with men always being broken and in need of a woman to mend them? Do I look like a rehabilitation centre to you? Do I look like Hinduja Hospital? I have no time for all this shit, ya! It is 2019,” she adds.

Clearly, Rhea is a no-nonsense person and a staunch feminist. Both qualities are very visible in her films, in which women express themselves the way they are, not as they have been projected so far. “You want to be seen, heard and understood just the way you are. And I want to give the women in my films these very basic things,” she says. “Imagine men getting sick for five days every month. Don’t you think, apart from them complaining, there would be foundations formed to ‘address the issue’? But women are not even allowed to talk about it in public! Arre, but half the population is facing this on a monthly basis and you are telling me I can’t talk about it! Why?”

She agrees that the journey is tough. “Sexism is so engrained in this industry and in this country that people don’t realise that they are being sexist,” she says. “The most frustrating thing is that people don’t want to see things that are right in front of them, let alone talk about it and make amends.”

Rhea knows this from personal experience. “I get patronised by everyone and people don’t even realise they are doing it,” she says. “The other day I was telling someone about my next film and after I went through the entire thing, he was like ‘so you are making another girl film’. What is a girl film? What is a woman-centric film? Hello! Have you ever heard of the term male-centric film? If not, then why ‘woman-centric’? There are two kinds of human only… men and women. Why are men mainstream and women a subgenre? Terms like ‘chick flicks’, ‘woman-centric films’ need to go. But we have normalised these in a manner that you don’t even find this offensive any more!” she rues. “This innate sexism in the industry needs to be pulled out from its core. Yes it will be painful and it will take time, but it needs to be done.”