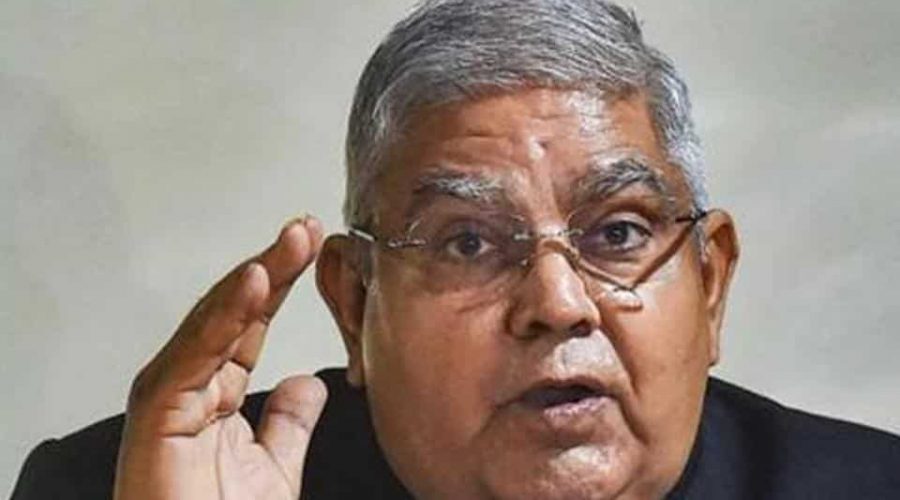 West Bengal governor Jagdeep Dhankhar has sought a report from the state home secretary and the director general of police after a Bharatiya Janata Party (BJP) lawmaker alleged that the police stopped him for around 20 minutes when he went to attend the funeral of an army martyr at Nadia on Sunday, killed in Pakistani shelling.

“When I went to attend the funeral of martyr Subodh Ghosh, police officials didn’t allow me to enter for the first 20 minutes. They didn’t even give me any reasons as to why I was being stopped. The district magistrate and superintendent of police were all present but they didn’t say a word. Even the Trinamool Congress MP had come. Later after much argument, I was allowed to attend,” said Jagannath Sarkar, BJP MP from Ranaghat in Nadia district.

Ghosh, 24, posted on the India-Pakistan LoC (Line of Control) was among the five soldiers killed on Friday during unprovoked ceasefire violation by Pakistan’s army. His body was brought to his hometown Tehatta in Nadia where the last rites were performed on Sunday.

Top brass of the district including the DM and the SP, however, could not be contacted as repeated calls went unanswered.

The acrimonious relationship between Raj Bhawan and the government has been making headlines for some time with the TMC accusing Dhankhar of overstepping his limits and interfering in day-to-day affairs of the government.