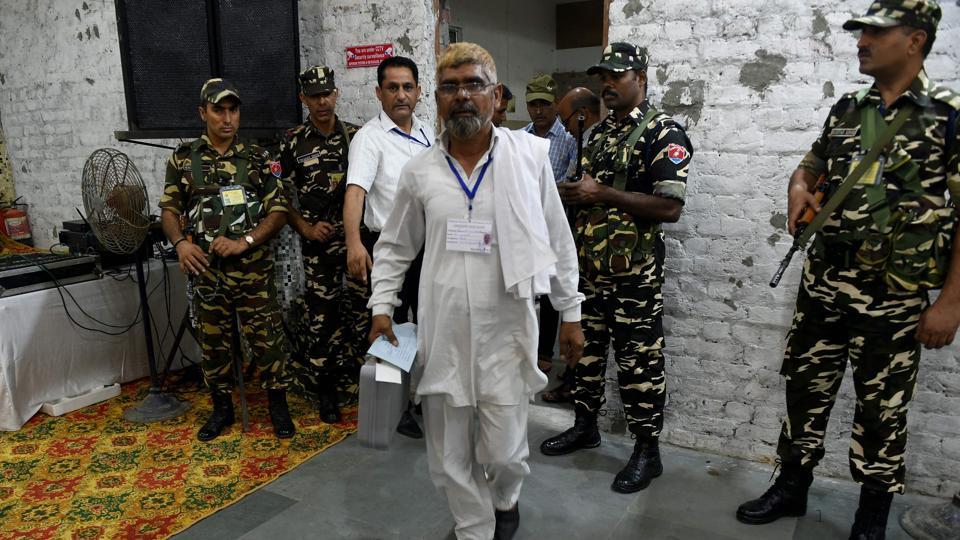 This time the INLD seems to have been totally eclipsed in the state.

Union Ministers Rao Inderjit Singh was ahead in Gurgaon and Krishan Pal Gurjar was leading in Faridabad over their nearest Congress rivals—Ajay Singh Yadav and Avtar Singh Bhadana respectively.

Former Chief Minister Bhupinder Singh Hooda of the Congress was trailing in Sonipat.

Hooda, a sitting MLA from Rohtak district who contested the Lok Sabha polls after a gap of 14 years, was trailing behind sitting MP Ramesh Chander Kaushik.

Hooda’s son and sitting MP from Rohtak Deepender Singh Hooda, who was earlier leading over his nearest BJP rival Arvind Sharma from Rohtak, later fell behind.

The AAP and its ally Jannayak Janata Party, and BSP and Loktantra Suraksha Party, who have also fielded their candidates on all seats, were trailing