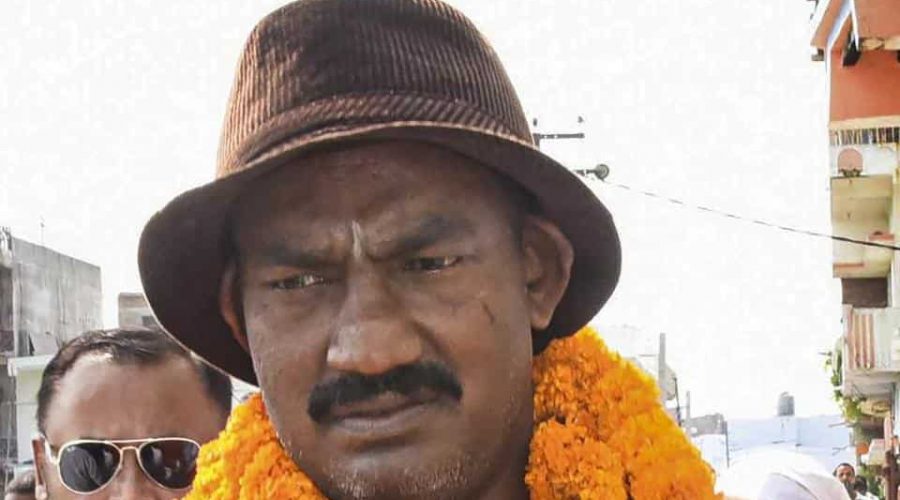 The sitting Bharatiya Janata Party (BJP) MLA from Danapur, Asha Devi Sinha, would be locking horns with Rashtriya Janata Dal (RJD) candidate, Ritlal Yadav, a gangster-turned-politician, who is one of the men accused of murdering her husband Satynarayan Sinha in 2003.

The trial of the murder is still pending in the court of law.

Sinha, incidentally, will be contesting against Yadav directly for the first time since her husband’s murder. Yadav had also contested against the BJP MLA in 2010 as an independent candidate. But at that time he was lodged in jail for the murder.

After Satynarayan Sinha’s murder in 2003, he went on the run and then surrendered in 2010 so that he could contest the assembly polls.

The election for Danapur assembly constituency are scheduled for November 3.

On Tuesday, Yadav filed his nomination papers as the RJD candidate from Danapur in the afternoon. Yadav was released from prison in August this year.

Facing over 33 criminal cases of murder and extortion, Yadav is the second gangster-turned-politician of Patna district to contest an election from the state capital. The RJD has also fielded jailed gangster-turned-politician Anant Singh, who is facing 37 cases from Mokama in Patna district. Singh, better known as ‘Chhote Sarkar’, had won from Patna three times on a Janata Dal (United) ticket and once as an independent.

Sinha accused the RJD of distributing tickets to “gangsters in the darkness”.

“They ensure that pictures of such candidates are not seen in media. I am unfazed by his candidature,” she said after filing her nomination.

Ritlal Yadav had hit the headlines during the 2014 Lok Sabha election when RJD chief Lalu Prasad Yadav appointed him the party’s general secretary to dissuade him from contesting from Patliputra constituency against his daughter Misa Bharti. Ritlal Yadav agreed not to contest the election after Lalu Prasad Yadav reportedly assured tickets to him or his wife for the 2015 assembly election.

On June 14, 2015, RJD disowned Ritlal Yadav, who defied the party line and filed nomination papers as an independent candidate for Bihar legislative council’s Patna local authority seat, which had been allotted to then Grand Alliance ally Janata Dal (United).

Ritlal Yadav, who was elected as a Member of Legislative Council from behind bars in 2016, was released from jail on August 18, 2020, after being granted bail by a bench of Patna high court comprising justices Shivaji Pandey and Partha Sarthy in a money laundering case. The bench ruled that he could not be kept in jail anymore as the lawmaker had remained behind bars for more than seven years, which is the maximum sentence under the Prevention of Money Laundering Act (PMLA), 2002.