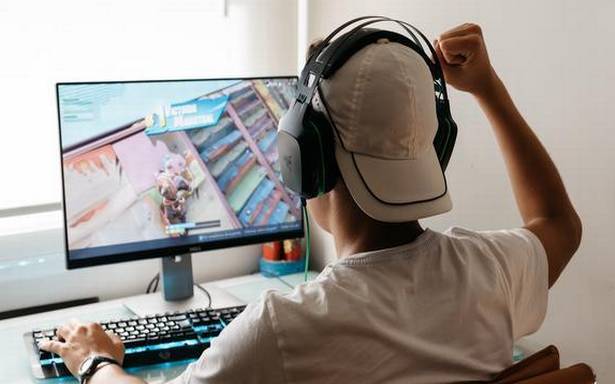 This year, we saw gaming surpass its mere hobby status and emerge as a productive lifestyle for many around the world

Everyone had high expectations from 2020 but nobody saw the pandemic coming. Amid the lockdowns that followed and whilst battling loneliness, many took to gaming as a way to either pass time, or to escape the terrifying number of COVID-19 cases. This resulted in new trends in the world of gaming.

More than ever before

Deloitte’s digital media trends survey — 14th edition, by Wescott et al, found that more new gamers had joined the bandwagon. “Before COVID-19, 24% of respondents listed ‘playing video games’ among their top three favorite entertainment activities (For Gen Z and millennials, it was 44% and 37% respectively),” the report states, adding that since the pandemic outbreak, 34% of survey respondents shared they played video games at home with their family more.

“Video gaming has become a social experience with top multiplayer titles hosting millions of players simultaneously, and introducing popular nongaming live events. As more kids and teenagers embrace video gaming, their parents are being drawn in as well.”

The report also cites gaming will likely endure the COVID-19 crisis, largely due to social aspects of the activity even as concerts and regular tourism travel are cautiously re-introduced. While it was a dismal year for gaming, it saw a rise in adoption on the various online gaming services.

In April 2020, rapper Travis Scott put up a historical digital performance on Fortnite, Astronomical. It was a visual extravaganza from his Astro World Tour that reportedly netted him US$20 million. After the event, Fortnite tweeted from their official Twitter handle, “Over 27.7 million unique players in-game participated live 45.8 million times across the five events to create a truly Astronomical experience.”

In the following months, several music groups followed suit with varying amounts of success; these included Korean Pop supergroup BTS in Fortnite and BLACKPINK in PUBG. Can 2021 be a tipping point when we may see concerts moving towards games?

Although a more recent phenomenon, popularity around Among Us and Fall Guys has grown significantly over the last few months. The former is a social deduction online game where you have to find a saboteur on a spaceship; Among Us grew on so many gamers across the spectrum; it saw around 50 crore monthly active users in November 2020.

US Congresswoman Alexandria Ocasio-Cortez and American rapper Soulja Boy have both streamed their experience with the game on Twitch. Fall Guys is a battle royale in the vein of fun Japanese game shows like Takeshi’s Castle. Both are still going viral with fantastic content and add-ons.

Despite it being a billion dollar industry in entertainment, video games have always taken a backseat to feature films. With games like The Last of Us 2, Ghost of Tsushima and Death Stranding, the medium has transcended into a work of art. The Tribeca Film Festival is now adding gaming into their selections from 2021 onwards. Hopefully we should see gaming at the Academy Awards some day!

Nintendo shone a ray of positivity in the form of Animal Crossings: New Horizons in April, as people all over the world, including celebrities, shared their island creations and visited each other, spreading cheer. Nintendo’s Ring Fit Adventure was sold out as people took to their Switches for their fitness with some fun, making it one of the hottest selling consoles this year too.

Despite the cancellations, the hype machine raged on, and from within the confines of our homes, hunger grew for the launch of next generation consoles. Nvidia and AMD tantalised gamers with their new generations of 3D cards with incredible performance metrics while Microsoft and PlayStation kept the press conferences going. Finally on launch day, the shortages were abysmal due to production issues, with the scalpers using bots to buy off precious few consoles in order to sell it at atrociously high prices.

This year saw a swell of first-time gamers. Plus, people also found themselves spectating more: from eSports to watching their favourite streamers play games live on YouTube. “Prior to COVID-19, about 25% of consumers watched, live streamed and recorded videos of others playing games. For millennials and Gen Z, it was around 50%,” the Deloitte report states, adding, “Since the pandemic began, these numbers have held strong. Audiences mainly watch how-to videos and game walk-throughs, professional gamers and athletes livestreaming their play, and eSports competitions. With the cancellation of live sports, many professional athletes have stayed connected with fans by streaming and commenting on their own video game play.”

Equality was the name of the game in 2020, especially with character creators and most notably the one in Cyberpunk 2077, which not only covered representation across race but also the transgender community. Assassin’s Creed Valhalla allowed you to play as male or female. Larian Studios with Baldur’s Gate 3 actually took that a step further allowing people to really live out their role playing dreams.

This was a tough year and everyone pitched in. Studios such as Sony, Bethesda, and Rockstar Games donated five percent of their earnings to relief. Gaming companies slashed prices and even offered their games for free. Nvidia initiated measures to harness unused processing power and divert them to the huge computational needs of medical research.

With inputs from Divya Kala Bhavani

In this series, we look back at the various challenges and victories of life in 2020.

12/29/2020 Lifestyle Comments Off on Big click energy: how video gaming emerged as a productive lifestyle in 2020
TV & Movies