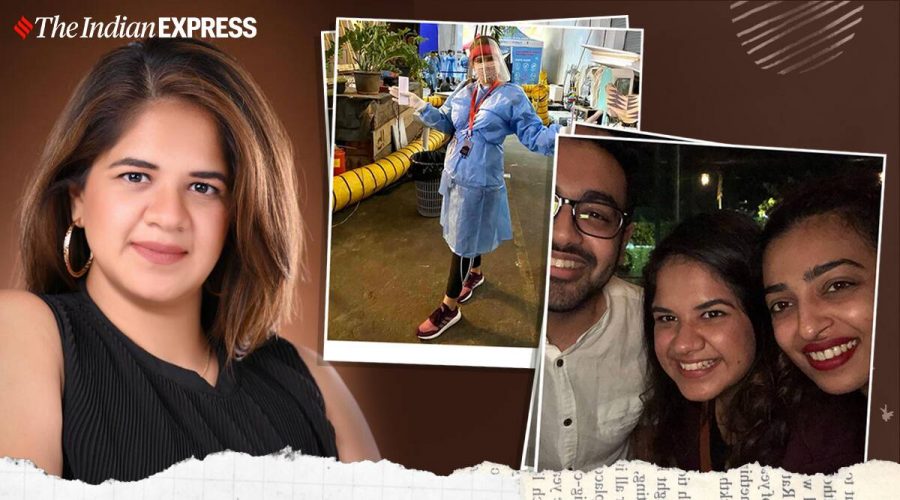 Aastha Khanna, an intimacy coordinator, chats with indianexpress.com and explains how intimate scenes are choreographed in films Not very long ago, sex in films was symbolic and suggestive: flowers blooming or feet rubbing, sometimes, it would assume a morning-after scene or that of doors closing. Fast forward to the present, when anything integral to the plot which may be carnal in nature, is depicted in a natural way. But how are such scenes actually shot, and how comfortable are actors with showcasing intimacy on screen?

Meet Aastha Khanna, a certified intimacy coordinator who has pursued a 16-week course in intimacy coordination from the Intimacy Professionals Association based in Los Angeles, USA. Khanna took to this unknown path with the aim to make the industry and its audience understand why we need intimacy professionals more than ever and how it can be a fulfilling career.

Currently working on her first project as an intimacy consultant with director Shakun Batra, where she is also a director assistant, Khanna has previously worked in Badlapur, Andhadhun and SOTY 2 as an AD (assistant director). She answers a few questions for indianexpress.com on how intimate film scenes are shot, and how she acts as a mediator between actors and the production house.

How do you begin preparing for an intimate scene?

Before we go on to shoot, I take at least three days. This begins with me reading the script and understanding the scene, and then formulating my breakdown to understand what I perceive of the same. I then talk to the director to know about his vision, after which I speak with the actors, articulating what the director wants. But, at the same time, I also take note of how much they are comfortable and if they are willing to experiment, because, surprisingly, actors in India are way more comfortable and experimental than the director.

Having said that, if a particular scene demands nudity, then I make sure there is a legal recourse mentioned for the same in the contract of the production house. If there is implied sex or nudity, I speak to the concerned people handling costumes to know about the requirements for the scene. Furthermore, I make sure ‘close-set protocols’ are in place, costume trials have taken place so that the actors are aware of what the scene entails. The crux is: I make sure expectations are met and there is concise communication ensuring we aren’t surprising anyone. 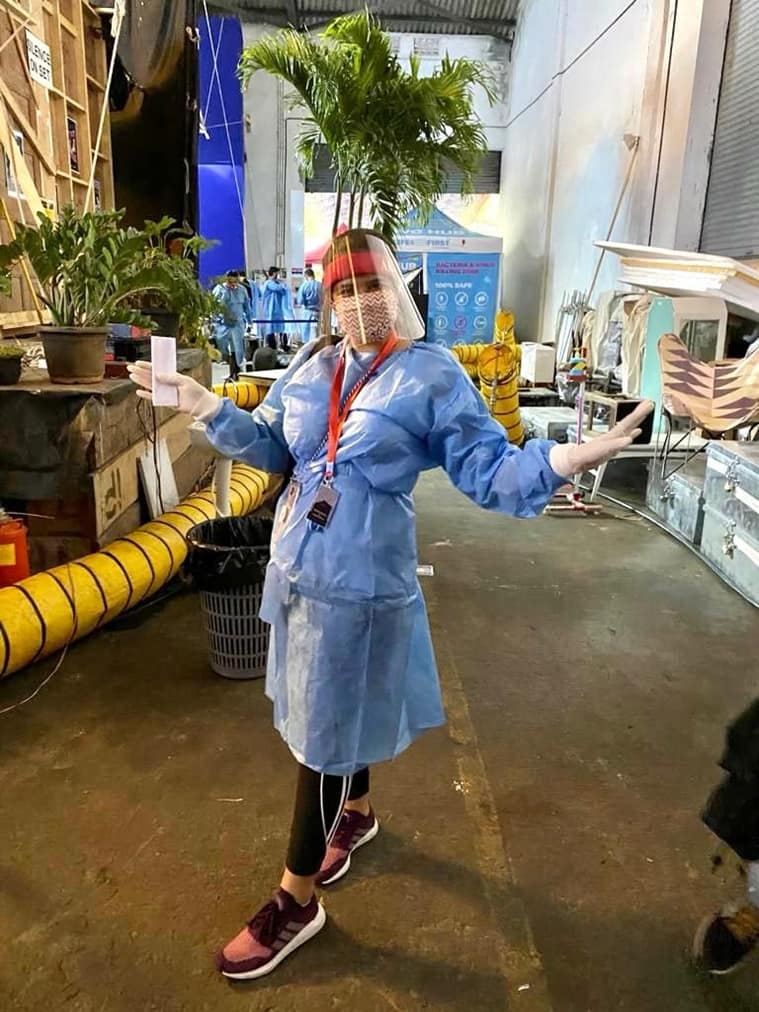 What are some of the discussions you have with an actor?

It all begins with me articulating how the scene will pan out. Then, I reiterate the basic semantics of the same, which can include costume trials and prosthetics. Not only that, there is a conversation about what are they comfortable doing because consent can change any time — it is reversible and changeable. One needs to keep checking in order to make sure it is clear to the co-actor and the production [house]. One needs to tick all the boxes of an acronym called ‘FRIES’: Freely given, Reversible, Informed, Enthusiastic and Specific. This allows me to make sure that comfort, consent, and past traumas are clear to everyone. 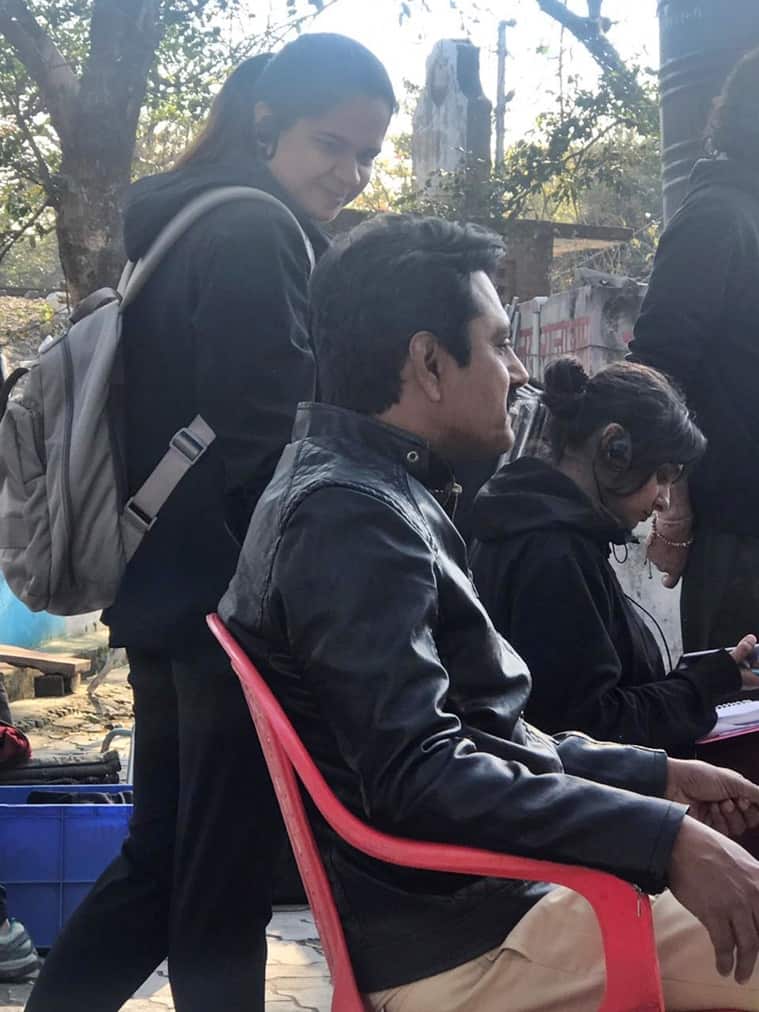 As an intimacy coordinator, do you see enough conversation in Bollywood to break the taboo around sex?

It certainly has started to happen. I believe OTT platforms are way more experimental with forms of intimacy. Actors have reached a point where they are confident; directors, not so much because they find it hard to communicate what they want. That is where an intimacy coordinator comes into play. The job makes it easy to have a conversation without leading to the idea of sex being scandalous or provocative.

In India, we are exploring sex to tell stories, but we are being provocative instead of tasteful. Then, there is also the other end of the spectrum where we are cutting down on intimate scenes because of censorship laws.

What do you have to say about not enough intimacy coordinators being present in the industry?

There will be more intimacy coordinators — if there is more intimate content being shot and if producers are aware of the fact that a profession like this exists. People are not aware of the role and the job description of an intimacy coordinator, so how are they supposed to hire one? Which bring us to another facet — that if a lot of people are not aware of the job role, many won’t certify and the same is an expensive affair. People need to understand there is a need for an intimacy coordinator in the market but having said, that where the profession stands at this stage, it financially doesn’t fulfil me. Thus, I also understand the apprehension but I want people to know that a job like this exists and it has a bright future. When an intimate scene is choreographed, how does a coordinator work on the chemistry?

An actor’s basic job is to make the scene look real. For instance, when an actor is playing a particular character, if they feel real to you, then whatever they do seems real as well. It is pretty much like choreographing an action sequence where you make sure that the action seems real but nobody gets hurt in the process. The logic that chemistry is lost when a scene is rehearsed, is not a professional way of thinking. We are not here to build a human connection between two actors when they are performing; they are meant to act.

Was there ever an episode where you had to convince an actor to shoot a scene?

There was a time when an actor was not convinced to do a scene. When something like this happens, it is my responsibility to figure out the reasons by having a conversation with them: whether they are personally not confident or if they are scared of external factors such as their image, or even the taboo that sex holds.

I try to understand if it is a social boundary that can be pushed. If it is a personal decision, then it is my job to uphold their demand. The upside is, here one can use a body double. But, if I had to answer this in a pointed fashion, I would never convince an actor to do a scene if they didn’t want to. 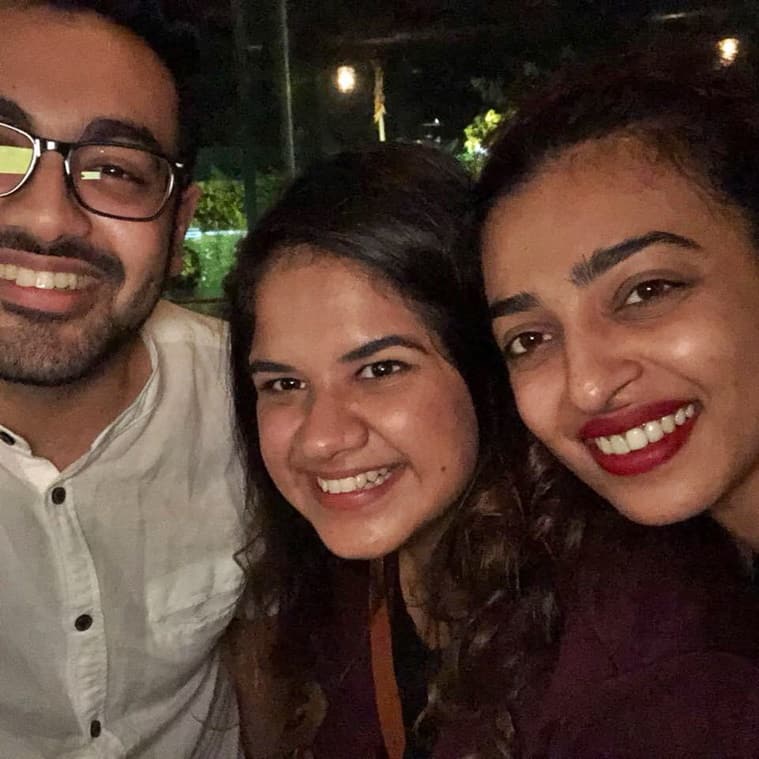 Which scenes are difficult to execute?

The most difficult intimate scene to execute is one where actors don’t want to perform any simulated sex. Thus, we are looking for ways to execute the scene by using some cheating points so that the actors are comfortable and the director’s vision is also met. For example, if a scene requires thrusting, rocking, or orgasmic visualisation, we take isolated shots of the individuals. We take a low angle shot of the person on the top. These are all close-ups accompanied by a generic rhythmic movement involving a song in the background whose beats the actors follow to do the shot.

The other is shooting LGBTQAI+ stories because of the taboo and the conversation around the same. Even when the actor is comfortable, it is the social boundaries that come into focus.

01/08/2021 Lifestyle Comments Off on Behind the scenes: How intimacy is made to look natural on screen
TV & Movies