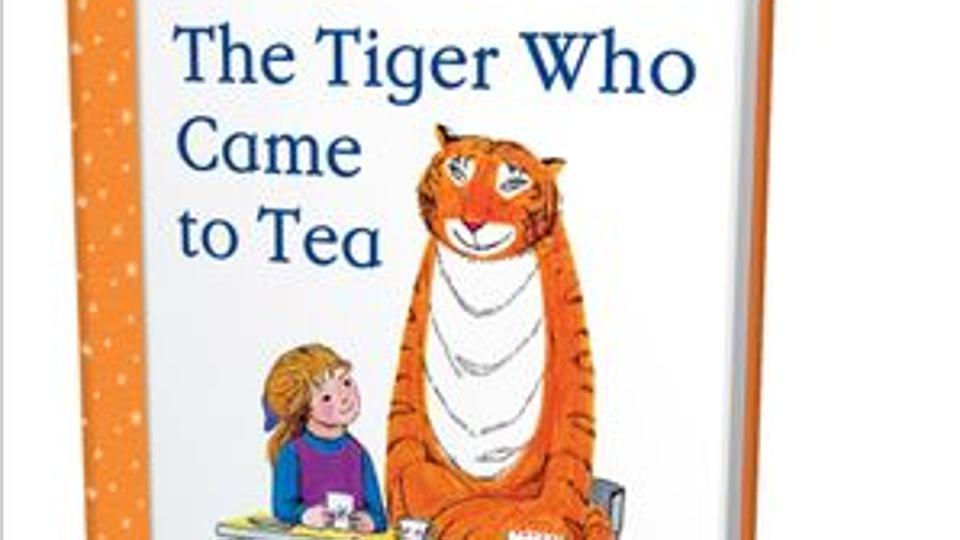 Judith Kerr, a refugee from Nazi Germany who wrote and illustrated the bestselling The Tiger Who Came to Tea and other beloved children’s books, has died at the age of 95.

HarperCollins chief executive Charlie Redmayne announced her death Thursday. The publisher said she died at her home on Wednesday after a brief illness.

Kerr “was a brilliantly talented artist and storyteller who has left us an extraordinary body of work,” he said.

The beguiling story of the tea-drinking tiger has been shared by parents with young children since it was first published in 1968 and has never been out of print. It has sold more than 5 million copies.

The book, with its memorable illustrations and simple surprises, conveys a sense of wonder and possibility that generations of children embraced.

Her next book introduced Mog the cat, who starred in some 15 books and developed a large following until Goodbye Mog was published in 2002.

The popular feline was brought back in 2015 for Mog’s Christmas Calamity, which raised more than 1 million pounds for a literacy campaign with charity Save the Children.

Her third book, When Hitler Stole Pink Rabbit, was an autobiographical story based on her family’s escape from Nazi Germany in the 1930s.

Cressida Cowell, author of the How to Train Your Dragon series, said Kerr was “a true creative hero” who will be missed.

“She came to this country as a refugee and has given so much back with her joyful creations and gentle humor,” Cowell said. “She has inspired generation after generation of children to read for pleasure.”

Peter Florence, the director of Britain’s Hay Festival, a literary event where Kerr made many appearances, said the author “had grace, born of wisdom, generosity of spirit and the resilience of a woman who had been a refugee from the extremes of 20th century history.”

He said she has “brought millions of people to books” by bringing the Tiger and Mog to life.

“When Hitler Stole Pink Rabbit is one of the great books of our times. I am so glad to have heard her in Hay so often. We’ve been blessed. And we have her with us forever in print.”

Kerr was born in Berlin but left Germany with her family in 1933 to escape Nazi tyranny. The family settled in England, where she studied art and worked as a scriptwriter at BBC.

She kept writing throughout her life. Her next book, The Curse of the School Rabbit, is set for publication in June.

She is survived by her children Matthew and Tacy and her grandchildren.

05/24/2019 Lifestyle Comments Off on Author Judith Kerr, who wrote The Tiger Who Came to Tea, dies at 95
India