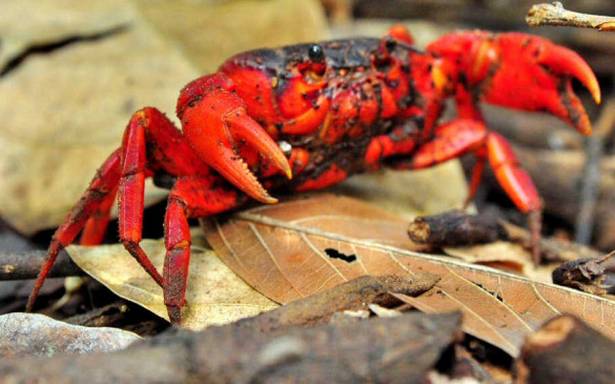 Australia’s Christmas Island is known for an annual occurrence – the migration of millions of crabs. Red crabs, unique to this region, travel towards the shore via highways and major roadways in the island. These roads are often closed to protect the crabs from traffic. Local officials have also built overhead bridges for the red crustaceans to use.

Red crabs leave their burrows to mate at sea according to the lunar position, leave behind eggs and return to the forests. Once hatched, baby crabs slowly make their way home. Renowned naturalist, Sir David Attenborough described this as one of his greatest TV moments.