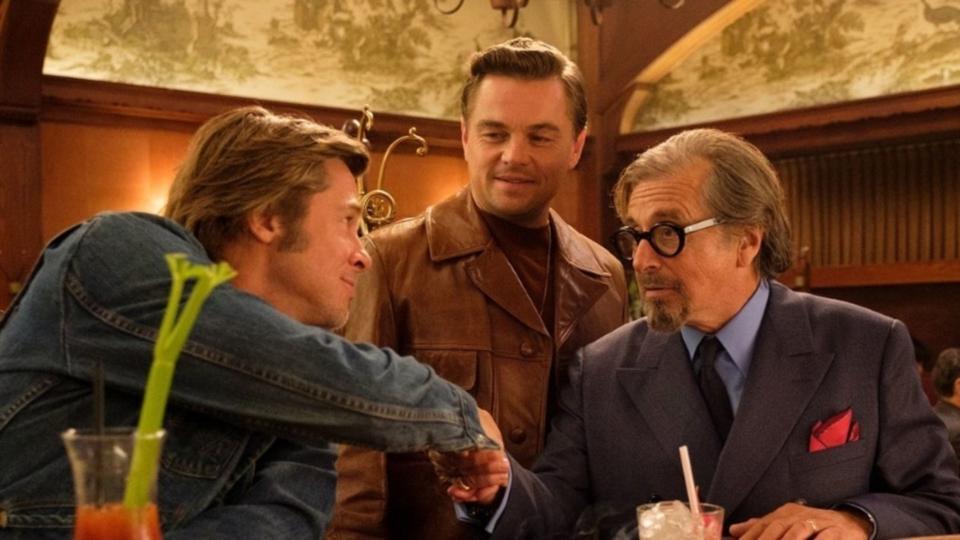 Sometimes, one wonders why men and women are not happy. Quentin Tarantino should have been a very happy man; the Cannes Film Festival waited for his latest adventure, Once Upon a Time in Hollywood, to be completed in the laborious 35 mm format, and slotted it in the main Competition. The movie evoked a mixed reaction, but that is how Cannes has always been. Yet, Tarantino seemed edgy at his media conference on Wednesday afternoon.

To questions on the portrayal of women in his cinema and disgraced director Roman Polanski, Tarantino’s replies were snappy and rude. He told a woman journalist from the New York Times to a question on why Margot Robbie (who plays Sharon Tate in the film) had so few lines: “I reject your hypothesis”.

The director also refused to speak about violence against women, and mentioned Polanski in the passing – as he did in his movie, which many felt was sad given Roman’s magnificent cinema. Tarantino said that he had not spoken with Polanski before making the film.

Tarantino’s answers had the dozens of journalists at the conference feeling angry. In fact, the master American auteur never ceases to surprise and shock me. In the early years of 2000, he, as the head of the Cannes Film Festival jury, gave the Palm d’Or to Michael Moore’s Bush bashing documentary, Fahrenheit 9/11. Many of us were livid. The work did not deserve the honour, and was seen as a political decision.

Later, his Inglorious Basterds weaved in a Jewish fantasy during World War II of getting all the top Nazi leaders in one place and destroying them. Of course, we all know that such a thing never happened, but in Tarantino’s canvas, it took place as the movie’s finale. I loved the film (and many others as well) — especially for having discovered a brilliant actor like Christoph Waltz. He was a small-time German television star, who rose to great fame after Tarantino cast him as a cruel Nazi officer. Tarantino became a hero as well.

Tarantino’s newest outing is set in Hollywood in the late 1960s, when he was growing up there. Once Upon A Time In Hollywood was touted as a take on the brutal murder of actor Sharon Tate by the Manson Family, though it turned out to be different.

Sharon was eight months pregnant with husband Roman Polanski’s child. But the killers did not spare her. Many believed that the golden period of Hollywood ended on the night of the gruesome murder – August 9, 1969. Tarantino must have been six, but the adoration he shows for Tate is admirable. Yes, in the brief screen time he offers her!

The movie plot is rather thin, and does end in a crime. It has more to do with Tate’s neighbours — Rick Dalton (Leonardo DiCaprio), a television star, and his best pal, Cliff Booth (Brad Pitt), a stunt artist. Though there are liberal takes on the Hollywood of an era gone by, the film seems more like a buddy adventure. There is very little of Sharon or Roman; they flit in and out of the screen.

But towards the end, the breezy atmosphere changes, and we see the Manson’s lair at the Spahn Movie Ranch. There is evil in the air, and murder does not seem far behind. And one begins to dread what is coming.

Once Upon A Time In Hollywood has all the classic Tarantino ingredients – laughter contrasted with mayhem, wit with bloodshed. Only that the director is too much in love with his Hollywood, and he takes his story towards an end that he wants or imagines or desires. Call it a homage to Hollywood or requiem, but all in Tarantino style, though I wished that there was more substance than mere style in the film. Cannot reveal more or Mr Tarantino may be displeased – like he was at the conference.

05/23/2019 Lifestyle Comments Off on At Cannes, Quentin Tarantino loses his cool post screening of Brad Pitt, Leonardo DiCaprio starrer Once Upon a Time in Hollywood
India