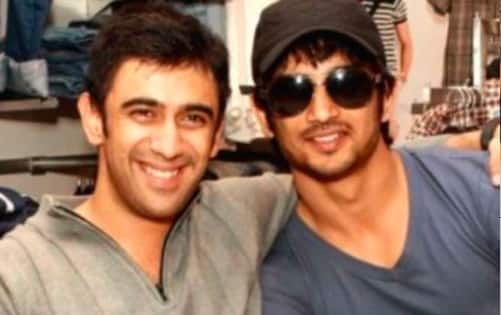 It has been five months since Sushant Singh Rajput left the mortal world, but the pain of his demise does not seem to diminish. It is evoking different kind of emotions in people. His co-star Amit Sadh feel it is important that people are affected by Sushant’s death. The two made his film debut together with Abhishek Kapoor’s Kai Po Che! Sushant Singh Rajput had chosen a rather unconventional film to mark his foray into Bollywood. Amit Sadh played his friend. It seems he was returning from Kullu, and the sequence number on his flight ticket was SSR. It brought back all his memories with Sushant.

He told IANS, “My recent flight from Kullu to Mumbai, the sequence number on my ticket was SSR. I just couldn’t get it and I realised that only I had to get this. I think the industry has changed post coronavirus and is also affected by his death. I hope we are affected by it, because if we are not affected with it we are not human beings and if we aren’t humans then we shouldn’t be telling stories about humans.” After the news broke on the tragic Sunday of June 14, 2020, Amit Sadh wrote on Instagram, “I am sorry…I did not come to your rescue…Will regret all my life for not reaching out! Right now very sad but will cherish the time we shared filming Kai po che…Rest in peace bhai! #iambroken.”

Amit Sadh had lashed out at Komal Nahta along with Manoj Bajpayee after his rather insensitive truth series just after the death of the young actor. He urged him to have some compassion and empathy. The actor’s case is being investigated by the CBI after a huge social media movement. Rhea Chakraborty who came under the Narcotics Control Bureau scanner during the course of investigation spent almost a month in jail.

11/17/2020 Lifestyle Comments Off on Amit Sadh: If we are not affected with Sushant Singh Rajput’s death, we are not human beings
TV & Movies