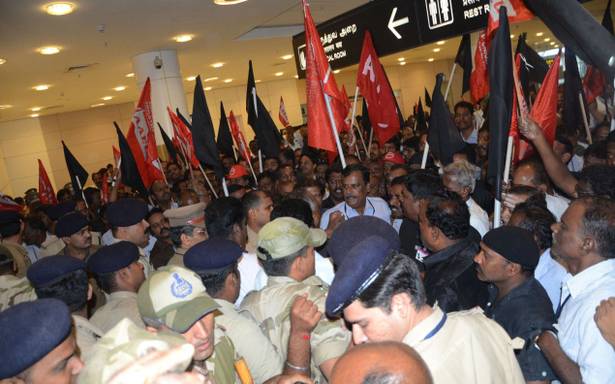 The Airports Authority of India Employees’ Union (AAIEU) have called for a nationwide strike on March 31 in protest against the privatisation of six airports and their takeover by Adani Enterprises Ltd.

The union has demanded an investigation into the process leading to the leasing out of the airports in Ahmedabad, Jaipur, Guwahati, Lucknow, Thiruvananthpuram and Mangalore for operations, management and development to the private company.

Last week, the AAIEU wrote to the Chairman of the AAI warning of a strike and drawing his attention to concerns among employees of the authority over the uncertain future staring them following the privatisation of the airports.