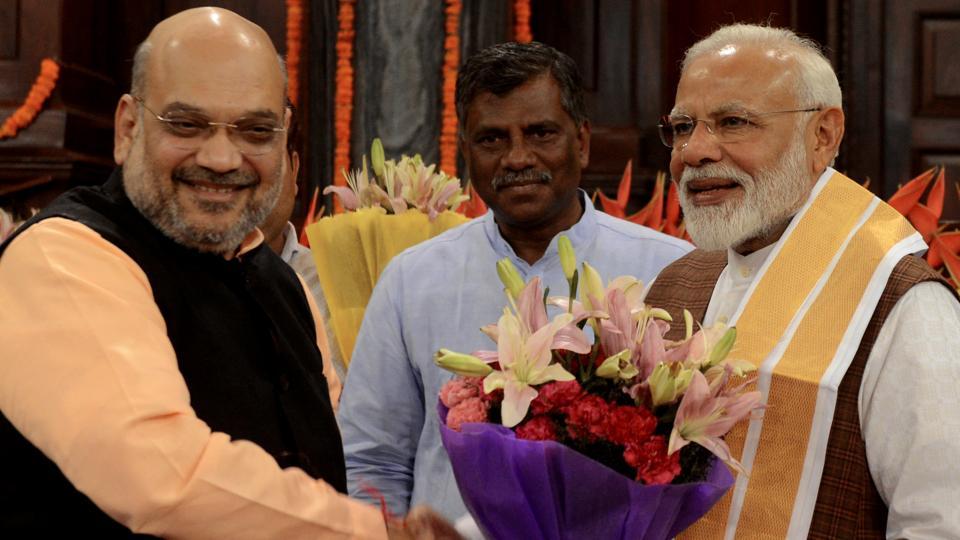 The key reason for Narendra Modi emerging victorious in 2014 was the highest success rate (88%) for the Bharatiya Janata Party in the direct contest with the Congress party. BJP increased the tally to 282 seats, as compared to 116 seats in 2009. And two-third (109 seats) of the increase (166) was wrested from the Congress party.

We have sliced the date into three scenarios to better understand the numbers that propelled BJP to come back to power.

Both BJP and Congress are in number 1 or 2 position

BJP had to limit the loss to retain power. It not only did not concede ground, but took 18 seats from the Congress party. The share of seats was almost split in half in 2009. Either BJP or the Congress party was among the top 2

Both the BJP and Congress have managed to increase (by 28 seats) the tally from previous election, at the expense of other parties. BJP won 128 seats this time, and it had only 36 seats under this category 10 years back. The number of seats where the two national parties are not in top 2 positions have shrunk by 32 seats since 2014. This points to expanding presence of BJP in states where it has not won previously. 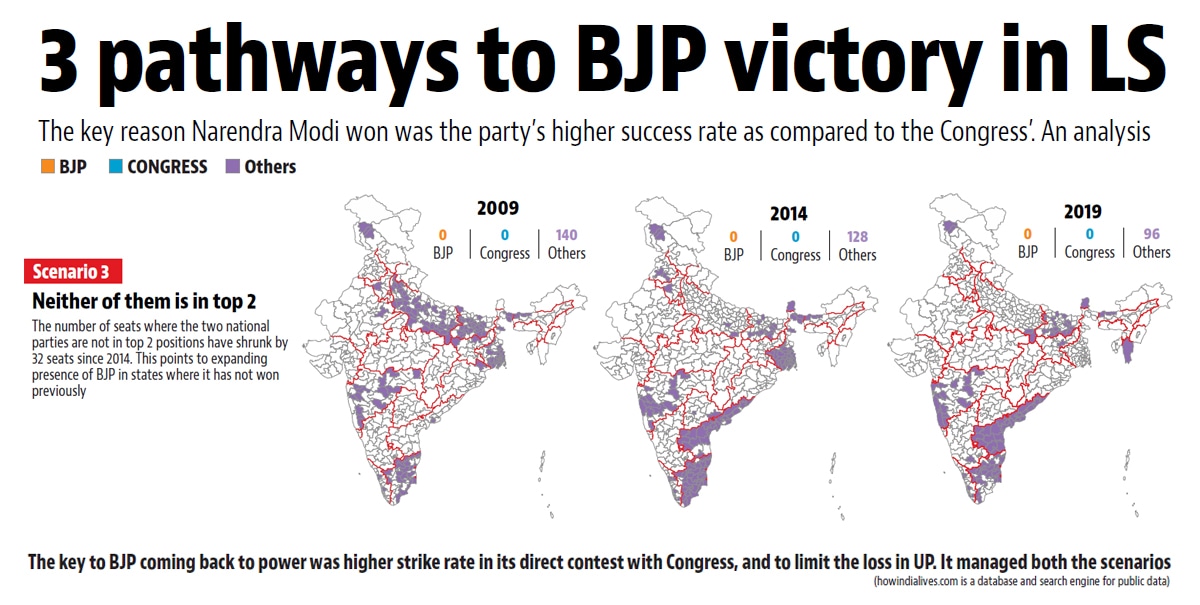