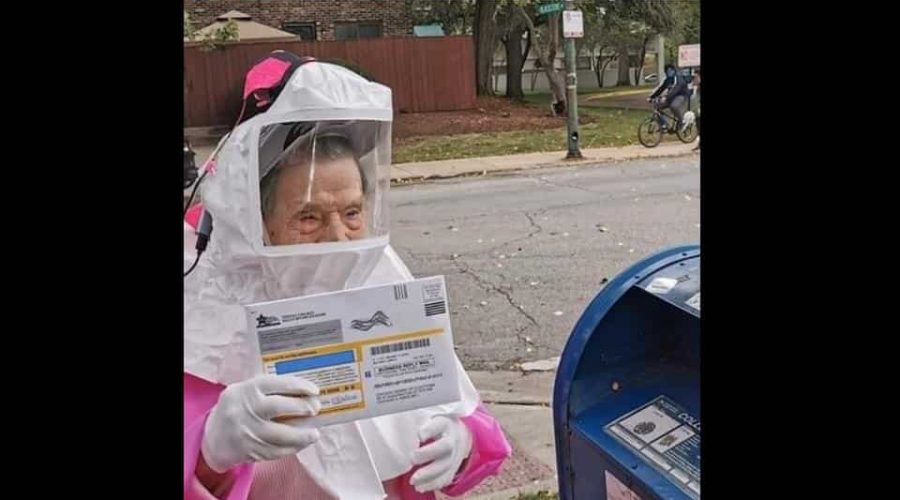 If you’re a regular on social media, you may have seen the viral photograph of a 102-year-old woman named Bea Lumpkin. Shared by the Chicago Teachers’ Union on Twitter, the photo shows the centenarian, fully covered in a PPE suit, complete with a hazmat-style helmet, standing in front of a mailbox.

“Good morning! This is 102-year-old CTU retiree Bea Lumpkin casting her vote-by-mail ballot. If Bea can do it, anyone can do it. Vote!” reads the post’s caption.

The photograph is now being widely shared by many, including popular talk show host Ellen DeGeneres. She wrote “I love this” and shared the image.

In the wake of coronavirus pandemic, to ensure proper social distancing, some people are opting for mail-in voting for the US Election and Lumpkin is one among them.

The post has garnered over 11,000 likes and many comments from netizens.

Here’s what people had to say:

Lumpkin, who has been voting for 80 years, said that this election is one of the most important in her life, reports The Washington Post. She started voting in 1940 and has kept on voting since then, without fail.

“It’s always important to vote, but this election — it’s the most important one of my life,” she told The Washington Post.

Lumpkin added that the attention her act of going to the mailbox received has left her surprised.