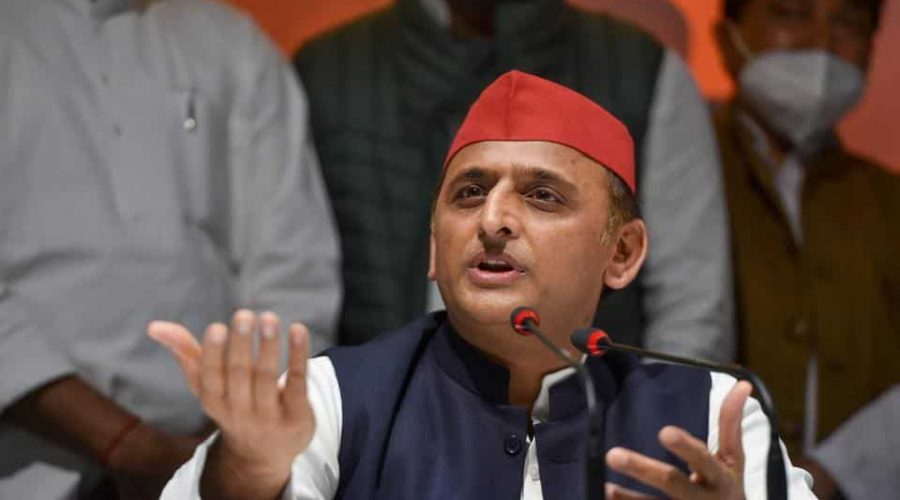 Without naming the Congress and Bahujan Samajwadi Party (BSP), Samajwadi Party (SP) leader Akhilesh Yadav on Saturday said his party won’t be looking at alliance with any major party in 2022 assembly elections while doors are open for smaller parties. Akhilesh is ready to bury the hatchet with estranged uncle Shivpal Yadav and his Pragatisheel Samajwadi Party. And if the SP comes to power, Shivpal’s party will have representation in the cabinet, Akhilesh said.

“We will adjust that party too. Jaswantnagar is his (Shivpal Yadav’s) seat and the Samajwadi Party vacated the seat for him. In the coming times, we will make their leader a cabinet minister, and what other adjustment is needed?” Akhilesh said, as quoted by PYI.

Shivpal Yadav, the estranged uncle of Akhilesh Yadav, was elected from the Jaswantnagar assembly constituency in the 2017 state elections. He later floated a new political party, Pragatisheel Samajwadi Party (Lohia), and contested the 2019 Lok Sabha elections on its symbol from Firozabad.

“When the elections are contested by the election officers, superintendents of police, additional district magistrates, SHOs and police jawans, who will win then. The BJP was not contesting the bypolls but the officials of its government,” Akhilesh said on the performance of his party in the bypolls in the state.

In 2017, SP and Congress announced an alliance in the assembly election. BJP had won 312 seats, while the Congress won seven seats and the SP won 47 seats.

11/14/2020 India Comments Off on Yes to uncle Shivpal, but no to major parties: Akhilesh Yadav reveals his probable plans for 2022 elections
TV & Movies