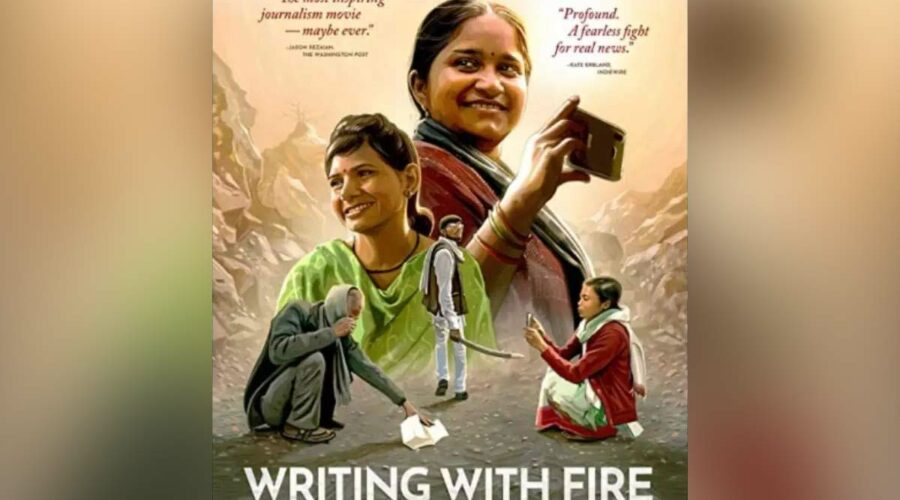 Only three Indian films have ever made it to the final list of Oscar nominations – Mother India  in 1957, Salaam Bombay! In 1988 and Lagaan  in 2001. Last year, Jallikattu, a Malayalam  movie about a hunt for a bull on the run, was India’s official entry to the Oscars. Indian documentary – Writing With Fire has made it to the top 5 nominations in the best documentary feature category announced for the Academy Awards on 8th February, and it becomes the  first Indian feature documentary to do so.

Tamil courtroom drama Jai Bhim starring Suirya, directed by Tha Se Gnanavel, and Priyadarshan’s Malayalam war drama  ‘Marakkar: Arabikadalinte Simham,’ both missed out on nominations for the 94th Academy Awards but ‘Writing With Fire,’ dubbed ‘the most inspiring journalism movie’ by The Washington Post and ‘nothing short of galvanising’ by The New York Times, has become the 1st Indian documentary feature to receive an Oscar nomination 2022.

Writing With Fire  is helmed by filmmakers Sushmit Ghosh and Rintu Thomas, and produced under Ghosh and Thomas’s movie production banner Black Ticket Film,   narrates the story of journalists behind the running of the Dalit women led newspaper Khabar Lahariya, and the shift they make from print to  the digital journalism aided by  the smartphones.