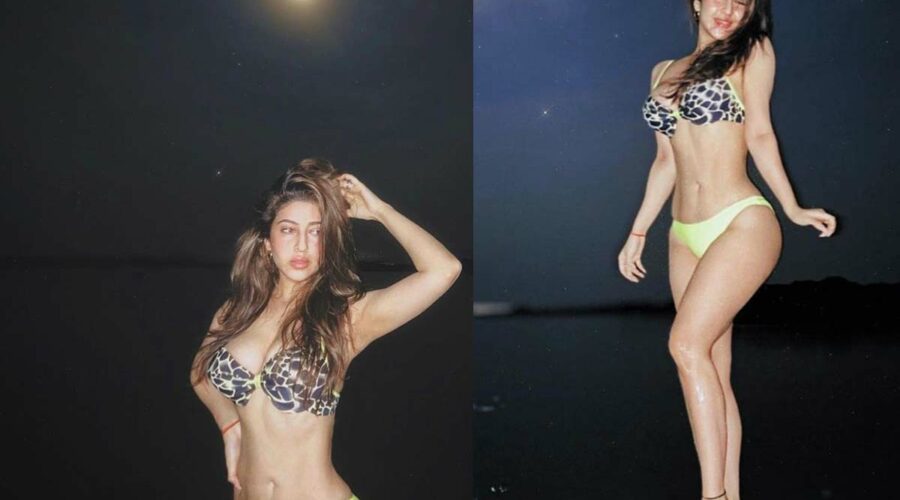 TV actresses in their off-screen looks are what fans are always interested in. Thanks to social media, we get to witness the other side of their life. Sonarika Bhadoria is also a popular name in Telugu film Industry as  she has acted in few Telugu movies like Speedunnodu, Jadoogadu,  and Eedo Rakam Aado Rakam,  and  the actress  is mostly known for playing Parvati’ in ‘Devon Ke Dev Mahadev’ .

The actress is an active user of the social media sites and used to share her personal pics on social media sites to entertain her fans. This time Sonarika Bhadoria  took to her Instagram to share a few pics of her where she is seen flaunting her h*t body in a two piece bikini.

Sonarika Bhadoria came up with an interesting caption: PHANTASMAGORIA. a sequel of real or imaginary images like those seen in a dream. Her sensuous pose in bikini is grabbing the attention of everyone.

Her fans are showering praises on  the actress beauty. One of her fans named Amit said: Wow so beautiful mam and miss you so much TV show please come back TV show. Another fan said: stunner look. Another netizen said: .na dekha na suna, stunning, looking so h*t.

Television Hottie Rishina Kandhari is killing it in bikini

11/21/2021 India Comments Off on Wow! Stunner look of Sonarika in bikini
India