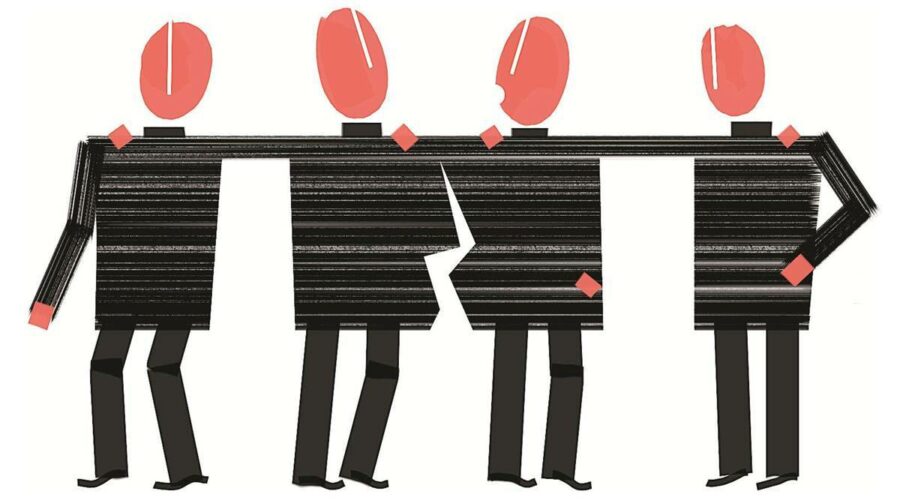 India’s interests lie in deeper strategic cooperation with France and Europe as well as the Quad and the Anglosphere. More than four decades ago, Washington decided to end its commitment to supply nuclear fuel for the Tarapur Atomic Power Station that it helped build. That decision was triggered by the sharp reaction in the US Congress against India’s 1974 nuclear test. India was furious with American unilateralism.

After Ronald Reagan took charge of the White House in 1981, his advisers were eager to improve ties with India and fix the Tarapur problem that appeared so intractable. The new US domestic non-proliferation law barred nuclear fuel supply to India. But the international nuclear rules did not. Washington turned to Paris to step in to replace the US as the supplier of fuel to Tarapur. The Tarapur diplomacy was a win-win for all. India got to run Tarapur; the US stayed within the confines of its domestic law; and France got the contract.

Where there is will, the Tarapur diplomacy reminds us, there is a way. That brings us to AUKUS — the nuclear coalition, which has ignited unprecedented French fury. Could not Australia, United Kingdom and the United States devise a sensible way for Canberra to get out of the conventional submarine contract with Paris and turn to London and Washington for a new agreement on the supply of nuclear-powered submarines? That the issue was handled poorly is not in doubt. All that, however, is water under the bridge. The angry French reaction — marked by a rare recall of envoys from Washington and Canberra — suggests it will be a while before the crisis can be overcome. There is concern that AUKUS could leave a deep scar on US-EU relations and the North Atlantic Treaty Organisation, and weaken the international coalition in the Indo-Pacific. Is there something that Delhi could do to heal the rift among its valued friend? An intense round of Indian diplomacy in New York and Washington this week should answer that question.

Prime Minister Narendra Modi is heading to Washington for the first in-person bilateral summit with US President Joe Biden on Thursday. The PM is also expected to have bilateral conversations with the Prime Ministers of Australia (Scott Morrison) and the Japanese premier (Yoshihide Suga). On Friday, the four leaders will sit down at the White House for the first summit of the Quadrilateral Forum, or the Quad. The four leaders had met digitally in March this year. The PM will then head to the United Nations, where he will address the annual session of the General Assembly. External Affairs Minister Subrahmanyam Jaishankar will also be in New York, meeting a large number of other world leaders.

Paris had cancelled a scheduled meeting of the foreign ministers of Australia, France, and India at the UN. In the last couple of years, the trilateral has become an important element in the emerging Indo-Pacific architecture. Jaishankar, however, will have a bilateral meeting with the French foreign minister Jean-Yves Le Drian. The two leaders spoke to each other after the announcement of AUKUS and agreed to consult closely.

That Delhi today is a part of a difficult conversation between the US, UK, France, Europe, and Australia points to the growing depth and diversity of India’s relations with different parts of the West.

Popular and academic discourse on India’s foreign policy has been obsessed with the concept of “non-alignment” — that shorn of all mystification, was about keeping distance from the West as a whole. India’s contemporary diplomacy, in contrast, takes a nuanced view of internal dynamics in the West, and recognises the political agency of individual states, and develops wide-ranging relationships with the Western nations.

Let us start with France: Paris has always taken an independent view of the world, while remaining within the broad framework of the American alliance. In the 1990s, Paris championed the construction of a multipolar world to constrain American “hyperpower”. Delhi did not seize the opportunity as it embraced the Russian-Chinese version of multipolarity. The last few years, however, have seen an intensification of India’s strategic engagement with France. For example, the NDA government has overcome the earlier reluctance in Delhi to work with Paris on Indian Ocean security.

The NDA government has also stepped up on the political engagement with Europe as a collective as well as its sub-regions — from Baltics to the Balkans and from Iberia to Mitteleuropa. For long, Europe was largely a diplomatic backwater for India. As Delhi discovers that every European nation, from tiny Luxembourg to a rising Poland, has something to offer, Europe has become a thriving hub of India’s international relations.

Thanks to the bitter colonial legacy, relations between Delhi and London have always been prickly and underdeveloped. In the last couple of years, India has made a determined effort to build a new partnership with Britain, which is the fifth-largest economy in the world, a leading financial hub, a technological powerhouse, and punches well above its weight in global affairs.

India’s neglect of London also meant Delhi had no time for the “Anglosphere” that binds the UK to Australia, Canada, and New Zealand. Many had presumed that the Anglosphere was about dead white English-speaking men — AUKUS, however, is a reminder that Anglo-Saxon political bonds endure. Instead of treating the Anglosphere with disdain, Delhi has begun to vigorously engage with the “settler colonies” that have so much to offer India — from natural resources to higher education and critical technologies. The UK and its settler colonies have long been the preferred destination for the Indian diaspora (besides the US). While the diaspora tends to connect the domestic politics of the Anglosphere with that of India, Delhi is figuring out that the diaspora politics can be played both ways. The transformation of India’s relations with Australia has occurred despite entrenched scepticism in the foreign policy bureaucracy. Finally, Japan has been a part of the West in the post-War era and Delhi’s relations with Tokyo have never been as rounded as they are today. They are also fellow members of the Quad.

This wide-ranging engagement with the West should help Delhi convey two important messages to its partners this week. One is to remind France, Australia, the UK and US of the shared interests in securing the Indo-Pacific and the dangers of letting the current quarrel undermine that larger goal. The other is to highlight the region’s vast requirements for effective deterrence in the Indo-Pacific; and that there is enough room for the US, UK, France, and Europe to collaborate with Indo-Pacific partners in overlapping coalitions to develop high technology and defence-industrial cooperation in all the areas highlighted by AUKUS — effective underwater capabilities to AI, quantum computing and cyber warfare.

Finally, India’s interests lie in deeper strategic cooperation with France and Europe as well as the Quad and the Anglosphere. It was French President Jacques Chirac who first, during a visit to Delhi in January 1998, called for ending India’s nuclear isolation. But it required the full might of the US presidency under George W Bush to overcome the Western nonproliferation theology and Chinese political resistance. India’s diverse relationships in the West must be deployed in full measure to prevent a split in the Indo-Pacific coalition.

The writer is director, Institute of South Asian Studies, National University of Singapore and contributing editor on international affairs for The Indian Express

09/21/2021 India Comments Off on With AUKUS dividing the Western bloc, is there a role for India?
India