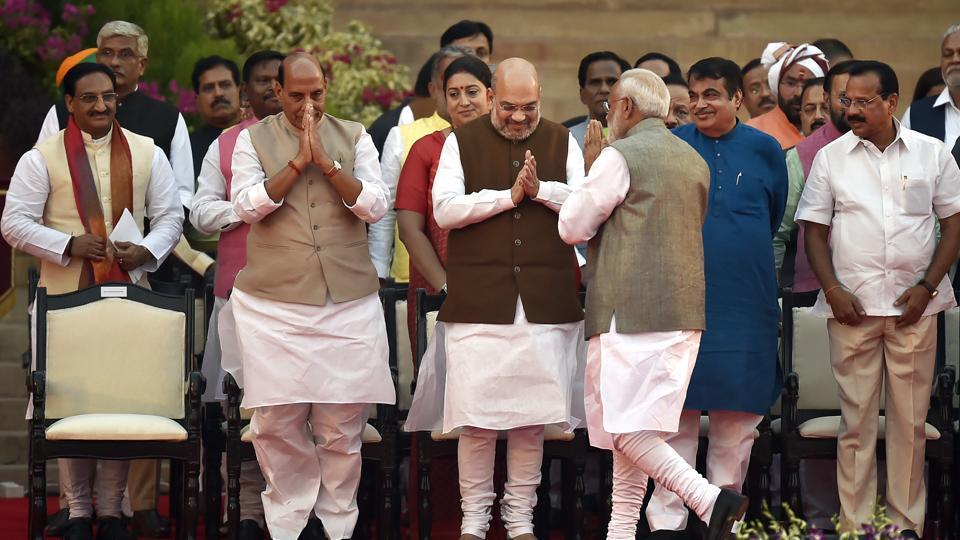 Just as it had done in the Narendra Modi government’s first term, the Rashtriya Swayamsevask Sangha (RSS) will give the Bharatiya Janata Party (BJP) sufficient room to take decisions on key policy issues and choice of appointments after Thursday’s swearing-in ceremony, two RSS functionaries said.

Discussions on critical issues, on which the Sangh wanted its expectations to be taken into account, had been on for months and there are no disagreements of the sort that marked the Sangh-BJP equation during the Atal Bihari Vajpayee regime, one of the functionaries said on condition of anonymity.

“Whatever issues need to be taken up for deliberations are directly dealt with by Sarsangachalak Mohan Bhagwat and Sarkaryavaha (joint secretary) Bhaiyyaji Joshi and from the BJP’s end by Narendra Modi and Amit Shah [BJP president]. The Sangh has made a conscious decision to give the BJP a free hand to take decisions, but the Sangh will weigh in where it thinks the government has erred or neglected to pay attention,” the first functionary said.

The second functionary said the focus of the Sangh, the ideological mentor of the BJP, will be on sectors where it wants an imprint of its ideology, such as culture, education and information and broadcasting.

On whether the RSS’s view has been sought on the composition of the council of ministers, the first functionary, said the Sangh had recommended some names along with a brief explanation on why it supports them.

“These are names that the Sangh feels will contribute to governance, but they will not push the government to accept their demands,” he said.

05/31/2019 India Comments Off on Will give govt enough room to take policy calls: RSS functionaries
India